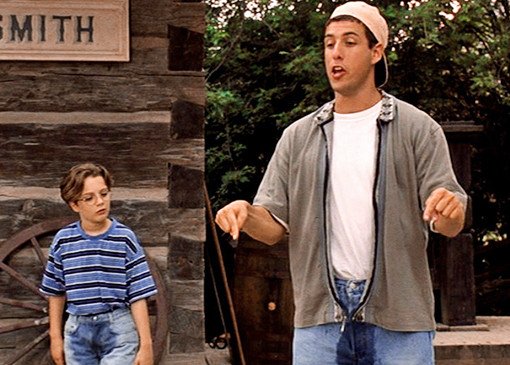 I typically don’t go commando at work. But when your undies are doused in urine, you have no choice but to ditch them.

Sometimes we get sent some … unusual products here at ModernMan. So when my boss brought a box filled with Depends Guards for Men ($20 for 52!) over to my desk, I wasn’t surprised. But when he said my next assignment was to strap on a Guard at work and “test the product,” I was surprised. So he clarified: “Put on a diaper, purposefully soil yourself in the office, and do a story.” I figured I couldn’t say no. [Correct. —Ed.] 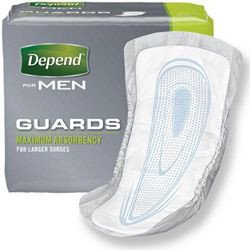 I needed a plan. My desk is surrounded by three other desks, all of which are occupied by women. I decided Friday would be the best day to carry out the mission. That way, if the Guard didn’t do its job and the ladies caught an unpleasant whiff of urine, I’d at least have two full days to come up with an excuse for HR.

The Guard isn’t a diaper per se; it’s shaped sort of like an athletic cup, with a sticky adhesive strip on the front that secures it to briefs or boxer briefs (you can’t use it with boxers). It’s not designed to soak up a flown-blown bladder emptying. It’s more for if you find yourself Lizzing (laughing + whizzing). Once it was on and my pants were buttoned, there was virtually no added bulk to my crotch (bummer), and the Guard was noiseless during the walk from the bathroom to my desk. In fact, I forgot I was wearing anything until my two cups of coffee and 20 ounces of water came knocking at my bladder around noon.

Sitting at my desk with all three coworkers silently working around me, I took a deep breath, grabbed the arms of my swivel chair, and turned on the spigot. It was a controlled flow, slow and steady. But after a few seconds, I stopped going and took stock of the situation; there was no visible wetness on my jeans.

After a few more seconds, I stopped again. This time the pad felt soggy, as though it had reached maximum capacity. I could tell the area was wet, though my pants, thank god, still looked dry. But I could tell that wouldn’t last long if I didn’t get the Guard off. Also, I still had to whiz more.

I needed to make a break for the bathroom. As I walked I told myself to “slow down and act natural.” That, of course, only made me paranoid that my co-workers were wise to the fact that I was currently wearing a urine-soaked mini-diaper.

In a restroom stall I yanked my jeans down and removed the saturated pad. No awful scent and no major leakage, but there were three wet spots on my boxer briefs (one long like the state of Florida on my fly, and two other blotches near the pad’s flanks).

I bunched up my wet underpants, wrapped some paper towels around them, washed my hands, and headed to my car to stash the evidence in my trunk. After doing so, I nonchalantly reentered the office and sat in my chair. I don’t even think my female neighbors knew I was gone.

So, no harm done … unless you count the peed-on boxer briefs that, now that I think of it, are still moldering in my trunk. (I’ve gotta take care of that.) With luck, I’ll never need to wear Guards or, worse yet, full-blown diapers again. But if I do, I’ll remember to keep a clean pair of underwear on hand.

Black Friday Is Here: 6 Must-Have Black Watches For People Who Like Dark

5 Accessories That Every Man Should Own In 2023

Which Aviator Sunglass Frames are Most Popular Today?