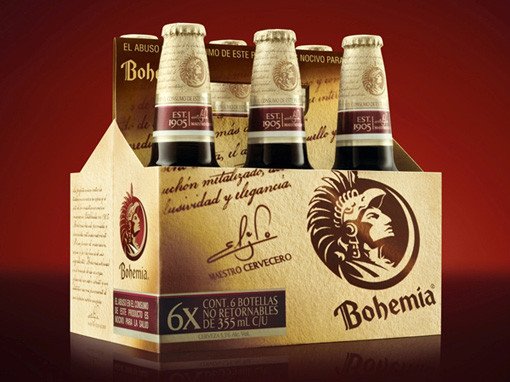 During Bohemia’s PR push we were sent a sixer of Bohemia beer. We love beer. More specifically, we love drinking beer. Weirdly, we also can be snobby about product packaging. We know, we shouldn’t care about stuff like that. Well, we also bite our nails, double dip chips, and laugh inappropriately when someone stumbles or gets injured. We’re flawed.

Also: What’s Better: Beer In A Can Or Beer In A Bottle?

And because of this flaw we weren’t too excited to drink Bohemia beer. We like the movie Gladiator and all, but something about Bohemia’s packaging to remknded of us a Spartan Race — and we’re staunch Warrior Dash guys.

However, here’s something else about us: We can be proven wrong and feel like total idiots fairly easily when we do dumb stuff like this. Case in point: Bohemia beer.

The German pils is 5.30 percent ABV, boasts a malty aroma, and doesn’t taste too hoppy. Also, it smells like wet bread  — which isn’t actually a bad thing because the beer is flavorful, crisp, and goes down smooth. Actually, all six of them go down smooth. In one sitting.

Above all, we’d slug a more Bohemia anytime, whether it be Cinco de Mayo, siez de junio, viente de septiembre, or uno de enero. On a side note, the fact that it’s a German pilsner that’s manufactured in Mexico made us think about this back and forth between the guys of Police Squad from The Naked Gun 2 1/2: The Smell of Fear …