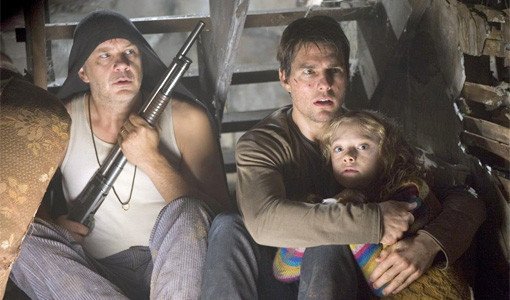 According to Lawrence Wright’s new book Going Clear: Scientology, Hollywood & The Prison of Belief, actor Tom Cruise has signed a billion-year contract of service with the Church of Scientology to protect us peons from aliens trying to take over our bodies. or something. It’s just one of the revelations in the book, which does not paint everybody’s favorite goofy religion — or its most famous practitioner — in a very kind light. Just get a load of the other revelations about Cruise …

• Cruise twisted his ankle jumping on Oprah Winfrey’s couch, then kicked the living shit out of the couch.

• He repeatedly uses the word “anywho” in casual conversation.

• Cruise was a superfan of Dawson’s Creek until Joey Potter wore a wire to bust her father at the end of Season 2.

• He originally wanted his movie Days of Thunder to be titled Vroom Vroom Go the Fast Cars!

• That’s his real hair. But those aren’t his real eyeballs.

• He thought Interview with the Vampire was a documentary.

• All of his marriages have been legally binding in only one place: American Samoa.

• Instead of Cameron Diaz, he lobbied for his costar in 2010’s Knight and Day to be Andy Dick.

• Due to a bet he lost 30 years ago, he does 10 pushups on the spot whenever someone calls him by his birth name — Thomas Mapother IV.

• He doesn’t really believe in all that Scientology mumbo jumbo!