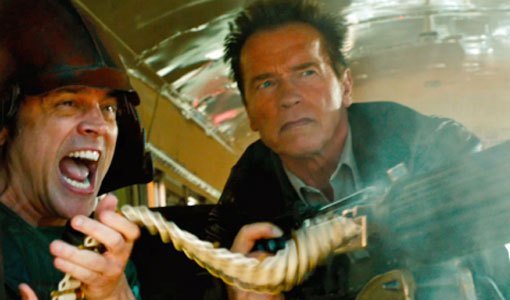 Arnold Schwarzenegger is arguably the greatest action movie star in film history. After taking a decade-long hiatus to govern California and father an illegitimate child, he returned to the big screen at age 65 in The Last Stand. It’s was first starring role in a full-feature film since 2003’s Terminator 3: Rise of the Machines.

In The Last Stand, Schwarzenegger plays a disgraced cop who teams up with Johnny Knoxville to take down a Mexican drug lord and his goons as the bad guys speed south toward the US/Mexico border. How these two actors came to intersect in The Last Stand is full of blood, guts, and one-liners. See for yourself  …

1836
The Battle of the Alamo takes place, in which Mexican forces defeat a smaller group of Americans attempting to halt their progress. You win this round, Mexico …

1862
The Gatling gun is patented by American inventor Dr. Richard J. Gatling. History fails to record how he comes up with the name for the gun.

1947
Arnold Alois Schwarzenegger is born in Graz, Austria. He immediately begins deadlifting other babies after exiting the womb.

1971
Johnny Knoxville is born Phillip John Clapp in Knoxville, TN. Hours after being born, he steals a hospital gurney and catapults himself into some soiled linens for laughs.

1982
Arnold gets his big break in Conan The Barbarian. During filming, he sustains many injuries, including a 10-foot fall taken while running from dogs, proving that he’s the real deal. 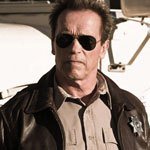 1983
Aviator sunglasses become, like, all the rage after the release of Risky Business. Three years later, their sales jump 40 percent after Cruise sports them in Top Gun. More than two decades later, they’re still hip when worn by Arnold.

1986
Blue City, starring Ally Sheedy and Judd Nelson, is released. It’s the first movie to feature a dude calmly walking away from an explosion in the background.

1989
Cops debuts on Fox and continues to air, demonstrating that Americans never tire of watching high-speed chases, crashes, and violent confrontations with criminals.

2002
Knoxville stars as a two-headed extra-terrestrial in the big budget sequel Men In Black II. It is his first big-screen experience with illegal aliens.

2003
Now governor of California, Arnold explains: “Border enforcement is a federal responsibility. However, state taxpayers currently bear the costs of providing public services to undocumented immigrants, such as incarcerating undocumented immigrants in the state prison system. I will work with other border states, the President, and the US Congress to increase federal reimbursements for these costs.” Ten years later, he revises that stance to be less about reimbursements, more about explosives.

2006
Mexican authorities double down in their ongoing war with drug cartels. The results are … less than stellar; annual deaths subsequently skyrocket.

2009
Knoxville is detained at LAX for carrying a fake grenade in his luggage.

January 18, 2013
Schwarzenegger and Knoxville team up to stop a ruthless Mexican drug lord from escaping U.S. custody and crossing the border in The Last Stand. Welcome back, Ahnold. 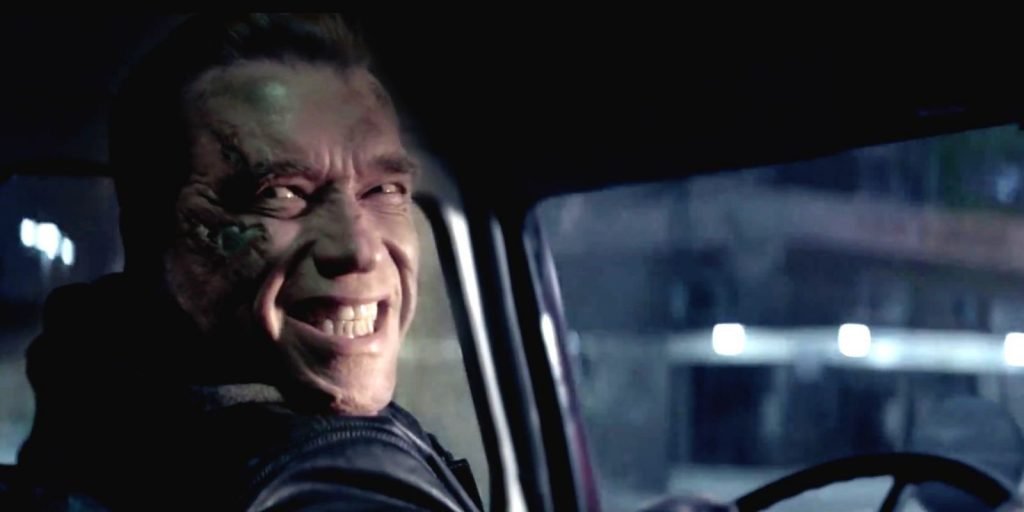