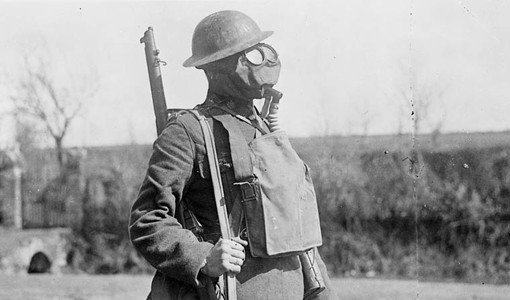 You’ve no doubt heard that the world has its collective undies in a bunch because Bashar al-Assad and the Syrian government recently used chemical weapons on their own people. President Obama wanted to bomb the Syrians as a result, though that’s now been put on hold thanks to the diplomatic efforts of Vladimir Putin. (Nope, that’s not a typo.) Al-Assad has been massacring Syrians for years now. So why is killing them with chemical weapons so much worse?

Part of the reason is the Geneva Protocol, which was drafted in 1925 to prevent countries from producing or stockpiling chemical and biological weapons; chemical weapons were used on European battlefields during World War I, and everyone thought they were a huge bummer. So the gentlemanly leaders of the world made it clear that they no longer approved of killing vast numbers of people by gassing them, and that everyone needed to kill people the humane way — by pumping them full of bullets or by blowing them to smithereens with bombs.

The rest of the reason why Syria almost got bombed and may still get bombed for using chemical weapons? Because of what the weapons do. Turns out, they’re pretty awful. In fact, even the non-lethal ones might make make you wish for death …

7 Tips to Help Save on Prescription Drugs

While summer vacation usually means shorts, sneakers, and fighting off throngs of other vacationers, winter getaways include...

7 Tips to Help Save on Prescription Drugs