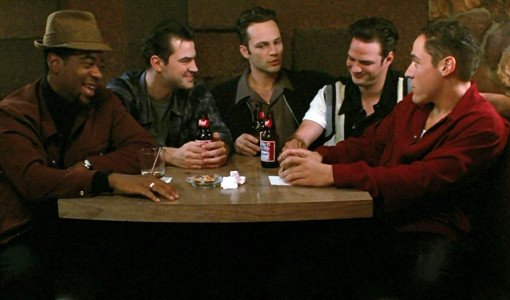 5. You Can Pair Beer With Food Just Like Wine
Beer goes with more food than pizza or chicken wings. Try pairing a malty brown ale with a spicy Thai dish, or a Scotch Ale with a Mexican dish. If you’re eating a strong cheese, you should go with a really hoppy beer, like Stone IPA. Or pair dark chocolate with a dark, barrel-aged beer such as a World Wide Stout from Dogfish Head Brewery.

6. There Are 23 Styles of Beer
Lagers and ales are made using different fermentation processes. Within each category there are wide ranges of strengths, colors, and flavors. There are 23 nationally recognized beer styles, including lagers, ales, bocks, stouts, and porters, but there are many other styles that don’t fit into any category. In fact “Category 23” is for specialty beers that don’t fit anywhere else, and there’s a lot of that going around since craft brewers are experimenting with every kind of ingredient. Porter with espresso? A pale ale with rosemary? Category 23.

7. Craft Beers Are Everywhere
There are roughly 1,600 operational craft breweries in the United States — up from just eight in 1980 and 537 in 1994 — and many of them are small, independent brewers who are waiting for their brews to be discovered. Go to craftbeer.com and type in your state, and it’ll generate a list of a statewide breweries complete with website and contact information.

8. Beers Are Seasonal
All the great styles of beer come from that region’s seasonal harvest, but there are definite seasonal favorites. A good so-called “winter warmer” beer might be something darker, with more spices, like Snow Day, a winter ale from the New Belgium Brewery. (Gah, Belgium!) During the summer you might go with a Wit or a Hefeweizen (wheat beer), both of which are generally lighter and more refreshing. And please don’t put an orange into your witbier (Hoegaarden White, Allagash White, Sam Adams White). Even though Blue Moon does it, a real witbier is already brewed using orange peels. Anything extra is overkill.