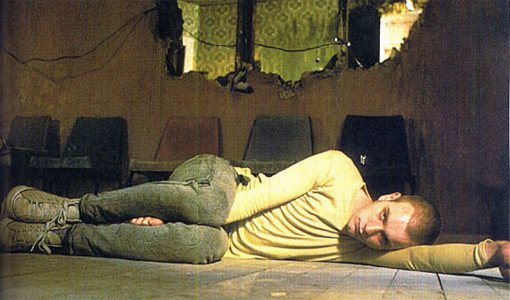 Sean (it’s not his real name) is a guy we know who lives in Florida and works as a chef. He’s a former addict who’s been clean for four years — but he still has an addictive personality. Only now, instead of doing crack, acid, heroin, ecstasy, prescription pills, or alcohol, he puts in extra time at his CrossFit gym or limits himself to a rigid diet. He’s either more or less fun at parties, depending on your point of view.

Also: Science: Tripping Balls Is Good For Your Brain

In order to reach this far healthier point in his life, Sean needed to go through a Rehabilitation center. Twice. After his first stint in a state-funded Massachusetts treatment center, he moved in with a couple of junkie friends and they all relapsed together. The second time, sobriety stuck. So what’s rehab like when you can’t afford the Lohan Suite at an upscale rehab center in Malibu? Not all that much fun.

When did you start doing drugs?
I started stealing my mom’s pot at 11. I was drinking too. We had just moved out of the projects and were living in a middle-class neighborhood near Lowell, Massachusetts — where The Fighter was filmed. So that’s where I would go to hang out. I have a typical addict-alcoholic story: I didn’t feel right until I took my first hit of weed. Then I felt like my insecurities were gone.

How’d you get into harder stuff?
When I was 14, I started taking acid and pills. I would take any pill you put in front of me. A lot of my friends’ moms were pretty out there — one was a prostitute — so they’d have that sort of thing around. Then I started to sniff heroin at 15. We’d go over to Lowell and get the purest Puerto Rican dope. One little $10 bag would last you three days. It was so strong that it was killing people. One time a guy I knew OD’d, and I got blamed for it. I dropped him off at his house and he fell asleep on his stairs and then went into a coma, but the rumor was that I’d dumped him out of my car when he was already dead. So I ended up getting jumped by his friends. That got me sober for six months.

Next: Checking into rehab