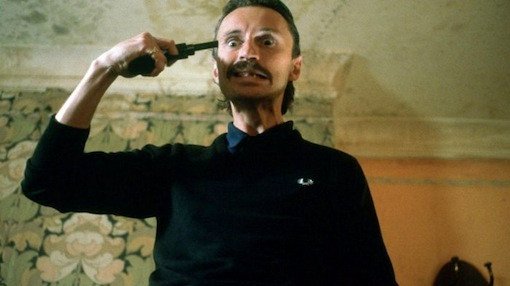 Is everyone in there that nuts?
No. Some guys go in just to avoid court cases. My second time in, there was a kid doing that. He was totally clean, well-mannered, had a girlfriend. He was just chilling. And a lot of junkies are just there on “spin dry.” They can’t really afford the habit anymore and need a break from the streets. But they can’t do it on their own because they don’t have the meds. So they go to rehab, get medicated, lessen their habits so their tolerance gets back to normal, and then go back out and do their thing. Then finally there are people who just want a place to get high.

Wait. What?
Yeah. People sneak in drugs, and there are a lot of drugs already there. One night a kid faked a seizure, and the nurse left the med cart open when she assisted him. Someone else then took all the methadone off the cart. Everyone proceeded to get f*cking wrecked — it was a mess. The nurse got fired, she was an idiot.

Were you allowed to go outside?
Yeah, there was this little area where you could go outside and smoke. I went out there a little but I didn’t really want to talk to anyone. I was just so miserable.

What about activities? They always seem to have those in the movies. Any of those?
There were classes that I didn’t go to. There were also meetings throughout the day, and I could sit with a counselor and talk about things. It wasn’t very structured. Most of the time, I was sleeping. The withdrawals were really bad. I basically remember begging for more meds and sleeping.

The Best Foods to Eat to Build Up Muscle Mass

Are CBD Gummies the Perfect Option for You?

CBD gummies are a wonderful option for many people looking to try out a new method of...