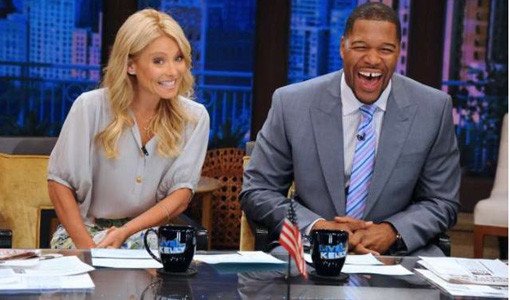 It’s been almost a year since Regis Philbin left his post on Live! With Regis and Kelly after a quarter century on the show. (Don’t be ashamed, the thought still makes us all teary-eyed too.) He proved to be a tough act to follow, as Kelly Ripa proceeded to try out no fewer than 59 different guest hosts. But the permanent replacement has finally been named, and it’s former New York Giants defensive end Michael Strahan. Wait, what? The six-time All-Pro, former Super Bowl champion, and current Fox football analyst is the exact opposite of Regis.

An exhaustive ModernMan.com investigation has revealed that Michael Strahan and Regis Philbin actually share a whole host of similarities. 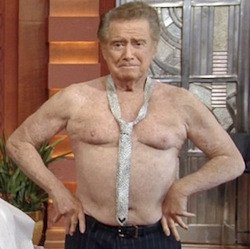 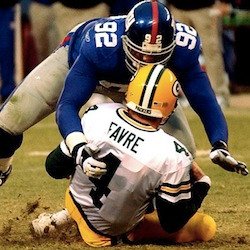 5. SACKS
Strahan: Owns the NFL single-season sack record for driving opposing quarterbacks into the ground 22.5 times in 2002.
Regis: Owns an aging sack that hangs no more than 22.5 inches above the ground.

7. OTHER TALENTS
Regis: Has recorded music tracks on several different albums.
Strahan: Has tracked his fiancee by hiding a GPS device in her car. Twice.