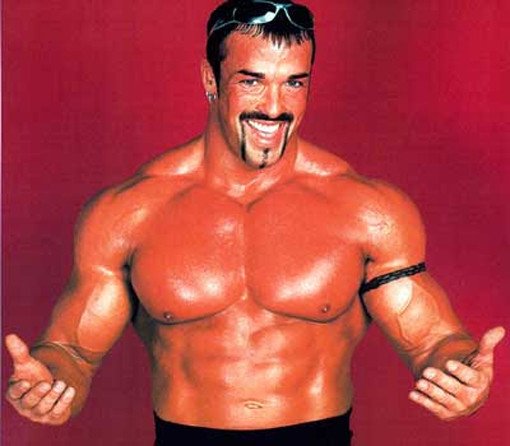 #6. Buff Bagwell
His character was a gigalo, we think, and now that he’s no longer a wrestler — on TV, anyway — he’s turned to being a gigalo in real life. According to Bagwell, he’s killing it, too.  Apparently he gets $800 for two hours, $1,5550 for four hours, and about $3,000 for overnights, according to TMZ. Yet nobody complains about that dumb band on his arm? That’d be a deal-breaker for us.