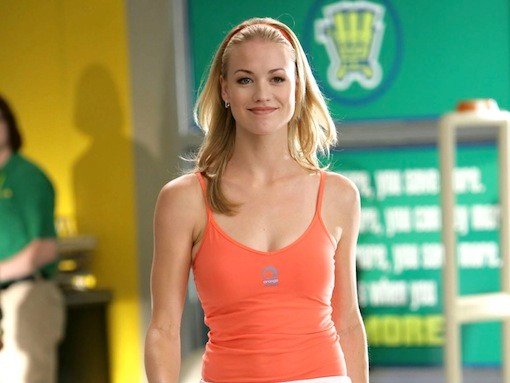 Yvonne Strahovski has been charming Chuck fans for four seasons as CIA agent Sarah Walker. And by “charming,” we mean “inspiring worship from” thanks to her secret-agent skills, undercover belly-dancing, and endless array of revealing costumes. Now, the beautiful 29-year-old Aussie costars in Killer Elite, a thriller about a special ops assassin (Jason Statham) who comes out of retirement to rescue his mentor (Robert De Niro) from the prison of an Omani sheikh. Strahovski plays Statham’s girlfriend and, for once, gets to relax while other people do all the fighting.

You got to work with Robert De Niro. Please tell us a secret about him that nobody else knows.
He was extremely sweet — I felt like I couldn’t wipe the grin off my face the first day when I worked with him. I wish I had a more exciting story to tell you.

We forgive you. You’re a spy in Chuck, but you play more of a damsel in distress in Killer Elite. Was it nice to kick back and let other people do all the action scenes?
My character is a down-to-earth country girl, so I was in my comfort zone. I got to wear comfy clothes and ride a horse and be in the Australian bush and just hang out. 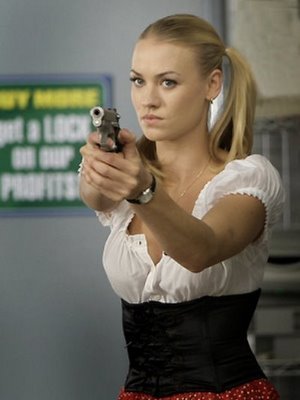 Heh, “in the Australian bush.” Still, your character is handy with a gun. Are you?
It seems like I get to use guns in every one of my roles. I’ve handled a lot of different guns and automatic weapons, but I’ve never taken any shooting lessons. I went to a gun range for the first time four years ago, when I knew that I had to shoot a gun for the first time for a role.

Do you enjoy shooting?
In a way it feels really good, but there are a lot of safety considerations. I get a little nervous because on set, even though everything’s under control, you still have to be very mindful of where you’re pointing the gun.

Well, as long as you look badass.
[Laughs] That’s my job.