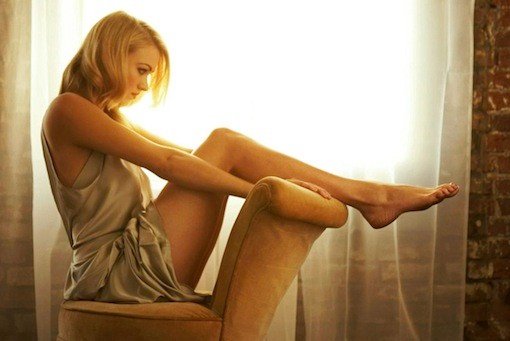 Where did you learn to fight and do the stunts you do on Chuck?
I grew up training as a dancer, so between the age of 5 and 18 I was always dancing. So my confidence in the fight choreography comes from that dance background. I was also a tomboy; I did a lot of rock climbing back in Australia, a lot of bushwalking, a lot of canyoning and caving.

Have you ever gotten injured on the set?
There have been a couple of bumps and bruises. I had some chili peppers explode in my eyeballs once, which was really painful.

Wait. What?
Yeah. They do little fake explosions during shootouts, as if the bullets are hitting the walls around you. We were in a marketplace, where they had fruits and vegetables and dried chilis in a basket. A “bullet” exploded and chili pepper dust flew into my eyeballs.

If you found out your boyfriend was secretly a master assassin like in Killer Elite, how would you react? Would that freak you out, turn you on, or both?
It would freak me out, but also make me feel really safe knowing that I had somebody who could protect me. I think every woman wants to feel protected by their man. But I think men want to feel that from their women too. It goes both ways.

Have you ever dated a guy with a big secret?
Uh, no, not that I know of. I mean who knows what all those ex-boyfriends are up to right now? Maybe they’re dressing as women, dancing on stage. Who knows?

Would you describe Clive Owen’s mustache in the movie as more “porny” or more “molestery”?
[Laughs] Maybe a bit of both. It was definitely an interesting choice. 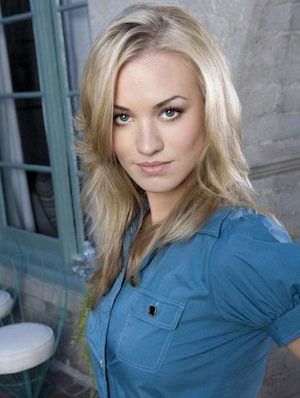 How can guys pull off a mustache?
Well, unless you’re from the ’70s, I guess the only mustache that I would like is one that’s connected to stubble on the rest of the face. I like general facial hair. Just a mustache is a little tricky.

You voice Miranda in the Mass Effect video game franchise. What’s some cool stuff we can expect in Mass Effect 3?
Oh, I’m not officially doing Mass Effect 3. I can’t even comment on that yet.

Just like a Cerberus officer to be so cagey. You’re starring in My Mother’s Curse with Seth Rogan next year, which is a road trip movie. Have you ever been on a long road trip with a boyfriend?
I’ve done a lot of road trips in my life — it’s one of my favorite things to do.

Any memorable trips that went horribly awry?
One time my boyfriend put the wrong type of gas in the car, and it conked out and we were stuck in this random town for two days, trying to get it fixed. Then the next day he locked the keys in the car, so that was fun.

This is now an ex-boyfriend?
No, actually, this one’s a keeper.

Obviously. So how would you say American men are different from Australian men?
Australians tend to be a little bit more laidback than Americans, but you can find some pretty interesting men in Hollywood [laughs]. Guys in Hollywood think they can get away with a lot.