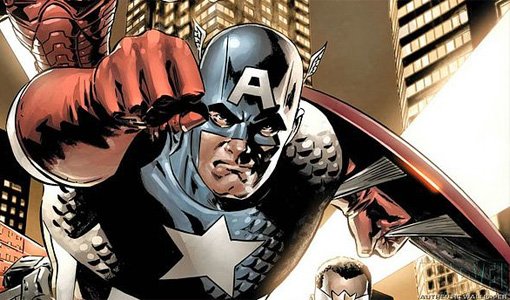 With Thor: The Dark World opening in November, and 2014 set to host a slew of sequels, like The Amazing Spider-Man 2, X-Men: Days of Future Past, and Captain America: The Winter Soldier to name a few, we figured before we hit the theater and have the movies ruined by adolescents on their iPhones and assh*les who provide their own commentary, we wanted to pay homage to 10 of the manliest moments where comic-book characters have sacked up and earned some extra chest hair. 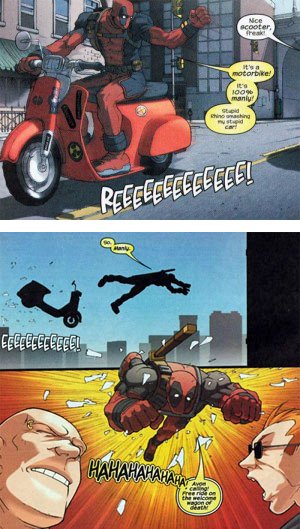 10. Deadpool Makes a Vespa Badass | Deadpool #68
Even though Deadpool — a wise-crackin’ assassin who frequently double-fists samurai swords and machine guns — is forced to scoot around on the second-least flattering of vehicles (nothing beats the Segway) after the villainous Rhino squashed his car, he does so in style: tracking his targets to an office building and then, after fashioning a makeshift ramp out of a table, he, well…

…launches the Vespa through the office windows like a, and we quote, “welcome wagon of death.”