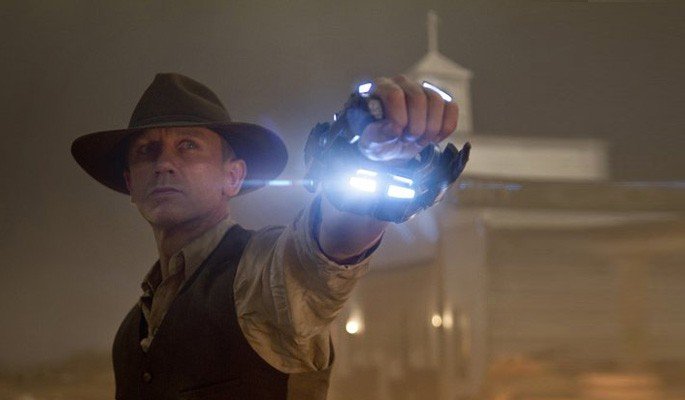 Sci-fi movie weapons like lightsabers, Proton Packs, and that wristband-zapper dealio with which Daniel Craig blasts alien spaceships in Cowboys and Aliens aren’t fetishized only by geeks who  spend thousands of dollars on Comic-Con costumes. We’d love to have them too … even if all we’d use them for is to slice butter or annoy the neighbors.

But while we’re watching them on film or shooting invisible concussion blasts from store-bought Iron Man suits, military eggheads, aided by highly trained soldiers, are inventing futuristic sci-fi movie weapons in real life. Fusing man and machine, setting phasers on stun, the enjoyment of watching a conference room full of corporate douche bags obliterated by ED-209 — what was once movie magic is now starting to become reality. 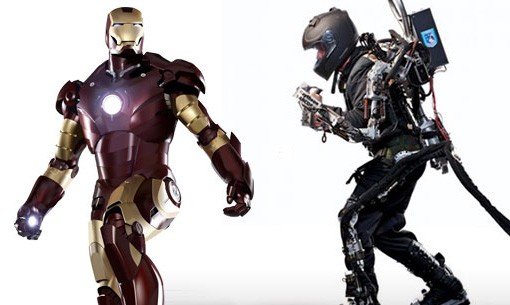 Exosuits (as seen in Iron Man)
While the anti-tank missiles, retrothrust jets, and anti-personnel guns built into Iron Man’s Mark III suit are nowhere to be found in nonfiction exosuits, current military prototypes are providing the building blocks for future armies of iron men. Defense and aerospace company Raytheon has been working on a 150 lb. exoskeleton that would allow even a pre-serum Steve Rogers to lift objects up to 200 lbs. hundreds of times without breaking a sweat. On, and punching through 3-inch thick boards? No problem! In fact, the XOS 2 Exoskeleton was such an improvement over Raytheon’s initial prototype, Time named it one of the best inventions of 2010.

Lockheed Martin has also entered the robotic-suit race with the Human Universal Load Carrier. The 53-pound HULC (get it?) exosuit is a hydraulic-powered lower extremity that enables the wearer to carry up to 200 pounds on a backpack attached to the exoskeleton. It won’t add arm strength like the XOS 2, but it’s flexible enough to allow the user to do deep squats and crawl on the ground in combat.