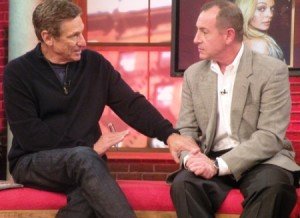 LESSON 5: Keep Your Word
In October 2010, Michael Lohan announced to the world that he would no longer make public comments about Lindsay. That lasted a few weeks. Then Maury called and invited him to appear on an episode entitled “You’re 14 … Stop Lap Dancing and Trying to Get Pregnant!” Well, who could say no to that?

Well, anyone who ever meant what he said, for starters.