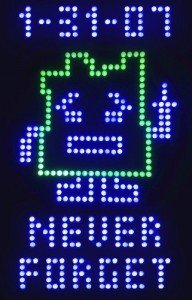 Back in 2007 the Adult Swim network launched a funny guerrilla marketing campaign in Boston … that completely blew up in their face when it shut down parts of the city, caused moderate public outrage, and made national headlines. (So, come to think of it, maybe it worked.) Anyway, more on that later.

As we fondly remembered how a few Lite Brites shut down Beantown, we wondered if there were other marketing gimmicks that went as horribly wrong. Turns out there were! From morning radio zoo keepers killing people with dumb contests to insane inventors killing elephants with massive doses of electricity, we’ve found several incredibly ill-advised stunts devised to sell products.

Some of which even worked. Like, for instance, one designed to sell not only tickets to watch terribly played baseball, but also beer …

Do you ever feel like nothing you do is good enough, or that your thoughts and feelings are invalidated? You may be...