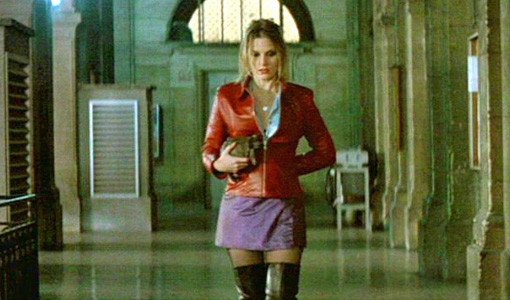 Since they don’t get reviewed on Angie’s List, hiring a hooker is hit or miss. Luckily, there are plenty of movies that have given us in-depth looks at those fearless women who put the “pro” in “prostitute.” Since we’re frugal and aren’t fans of crabs, we’d be choosy with which lusty ladies from films we’d bed.

Felicia | Phone Booth (2002)
As the alpha female of a gaggle of three NYC prostitutes, this unnamed princess takes umbrage when Colin Farrell gets trapped in the phone booth she uses to turn tricks. She only gets about ten minutes of screen time but, hey, so did Anthony Hopkins as Hannibal Lecter, and he won an Oscar.

Verdict? Pass. While she’s clearly talented to get dudes off in a tiny phone booth, the only real draw to hiring Felicia is getting to talk to Kiefer Sutherland for an hour and a half.