Recently in Florida (of course), a knife-wielding robber wearing a shirt that was way too small for his body wandered into a convenience store. The store’s owner sprung into action by reaching for a four-pack of Natural Ice beer and chucking the cans at the bad guy until he ran off. (That is without question the best use of Natty Ice we’ve ever heard of.) The incident reminded us of the many ways beer can be used other than to forget your many problems for a short period of time.

#1. Clean Gold Jewelry
Before resorting to one of those As-Seen-On-TV products that work exceptionally well on TV but nowhere else, place your jewels and gold doubloons into a dish filled with light beer. Then let the items soak for a bit while the beer’s acidity does its thing. Remove your things and polish with a clean rag.

#2. Trap Slugs, Snails, Fruit Flies, and Cockroaches
Slugs are drawn to beer’s aroma. (They’re also incurable alkies that can’t turn down free brew.) Leave bottle caps full of beer around your garden overnight. In the morning the poor bastards will resemble that dude’s melted face from Raiders of the Lost Ark. Fruit flies are attracted to glycerol, which is created by yeast during the fermentation process, so put beer into a jar and cover the top of the jar with a sheet of paper that has holes poked in it. Then sit back and watch as the flies are lured to their untimely deaths. For cockroaches, line the inside lip of a jar with petroleum jelly and put a piece of beer-soaked bread into the jar. The roaches will go in … but they won’t come out.

#3. Marinade Meat
The acidity in beer makes it a competent meat tenderizer. Jab a few holes in the meat, place it into a container or plastic bag, pour in the beer, and leave it overnight. (But don’t drink the marinade, Uncle Ned.)

#4. Loosen Rusty Bolts And Screws
Carbonation might help break down rust that’s accumulated. So instead of trying to Popeye a stuck screw into moving, simply douse it with a few ounces of brewski, wait a minute, and then give it a twist. No spinach required.

#5.  Fertilize Soil
Have you noticed a brown patch on your putting green? (That’s not a euphemism.) The acids in beer can ward off fungi and pests that kill grass. Also, if your house plants look sickly, the yeast and sugar in beer might help cultivate the soil; just make sure the beer’s flat.

#6. Clean Wood Furniture
Dip a cloth into some flat ale and then rub down your wood furniture. Dry with a clean cloth afterward. It should help restore color and give it a polished look.

#7. Cleanse Your Skin
You won’t get drunk by osmosis, but the yeasts and other ingredients can help cleanse and exfoliate your skin. But when you’re done, hop in the shower — reeking of beer is seldom a good idea.

More Beer? 8 Things Guys Should Know About Beer
You know you like to drink it and that when you drink too much of it your stomach feels like it’s about to pop, but there are other facts that you — and every other guy — should know about suds. 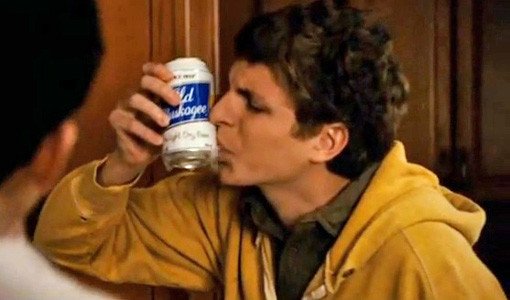