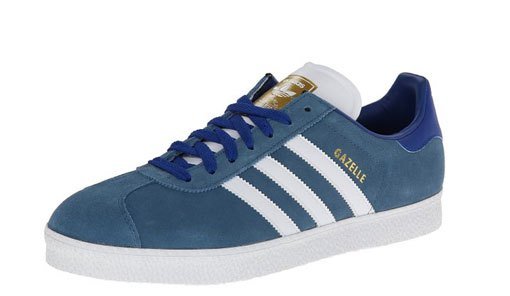 Okay, we know you’re not really going to buy 10 pairs of shoes all at once … unless you’re seriously trigger-happy with your credit card and aren’t shy about racking up massing amounts of soul-crushing debt. But giving you the benefit of the doubt, we do know you’ll need to at least get started with a few standbys because women and bosses alike do notice what you use to hide your grotesque feet. That doesn’t mean each pair of kicks you get has to cost you a fortune. Sometimes you’ll need to pony up and pay the piper – get used to it, buddy — but other times it’s about finding which style best suits you and your budget.

Sometimes you’ll need to pony up and pay the piper – get used to it, buddy because that part of life never stops — but other times it’s about finding which style best suits you and your budget. That might mean picking up a pair of modern men’s shoes that look casual but are stylish enough to wear to work, comfy flip flops to kick around the house or sand, opting for a retro pair of boots, or even going with a solid pair of cross trainers for working off that spare tire. To help you narrow down your options in a handful of categories, we’ve consulted noted

To help you narrow down your options in a handful of categories, we’ve consulted noted footologists from all over the world in order to assemble the perfect checklist of kicks. 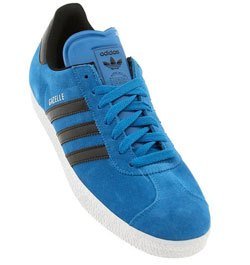 Every guy has a pair of falling-apart sneakers he loves. But every guy should also own at least one pair of sneakers that actually look good. Another option is the Campus, which look almost identical to the Gazelle. Originally the 1970s all-suede basketball shoe known as “The Tournament.” They were renamed in the ’80s as the Campus. Nobody really cared when it happened, but it’s good info to know for bar trivia.

Next: The Flip Flop

How to Wear Shorts: A Guide for Men