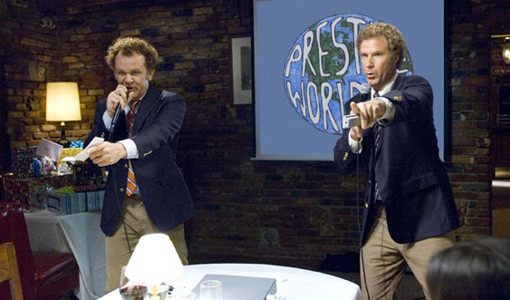 If you don’t have über rich relatives, Kickstarter.com might be the way to secure funding for your billion-dollar idea. Since its 2009 launch, Kickstarter has raised more than $320 million for all types of projects — movies, apps, video games, gadgets, clothing, etc. Getting started is simple: Create a Kickstarter page that includes a pitch/presentation, choose and a dollar amount you wait to raise and how long you want fundraising to remain open (from one to 60 days). Then cross your fingers that people decide to pump money into your project.

If you reach your fundraising goal, you’ll have the cash-money to start producing your idea. If you don’t, it might mean your concept totally blow. Some incredibly innovative and ingenious things have emerged from Kickstarer, but that’s not what we’re currently interested in. Instead, we’re focusing on the other side of that coin … 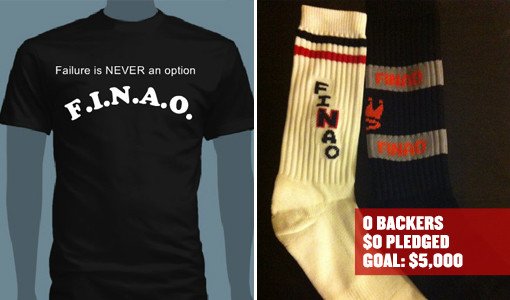 #1. F.I.N.A.O = FAILURE IS NEVER AN OPTION
… unless you tag a stupid acronym on T-shirts and socks and expect to raise $5,000. Then failure is all but guaranteed. 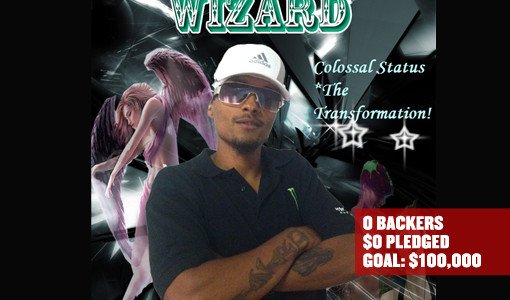 #2. COLOSSAL STATUS *THE TRANSFORMATION
Click the link. Meet the Wizard. Watch the interview. Hear the rhymes. Marvel at the ponytail. Then question what kind of a sick, sad world we live in where such a talent can’t get a measly $100,000 toward his surefire double-platinum record. 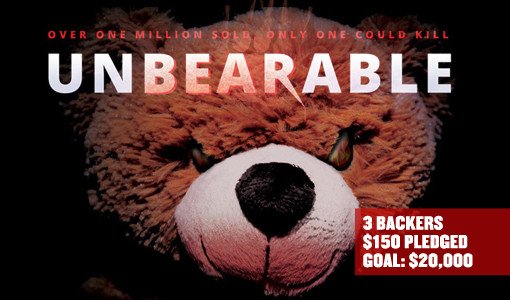 #3. UNBEARABLE
A low-budget horror flick focusing on Freddy Teddy (yep, a maniacal stuffed bear) that’s basically Child’s Play meets Ted meets bad play on words meets — actually, Hollywood might be up for something of this caliber. 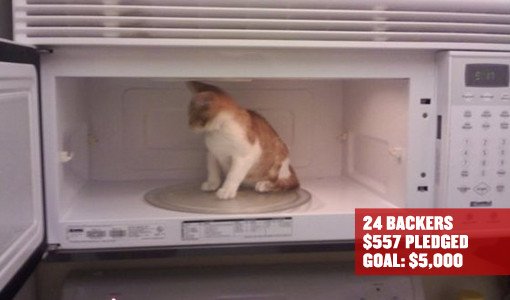 #4. PUPPIES AND KITTENS IN DANGEROUS SCENARIOS CALENDAR
Twenty-four soulless people wanted the opportunity to stare at domestic animals on the verge of death every day for 12 months. For this, we hope Freddy Teddy gnaws their necks off while they nap. 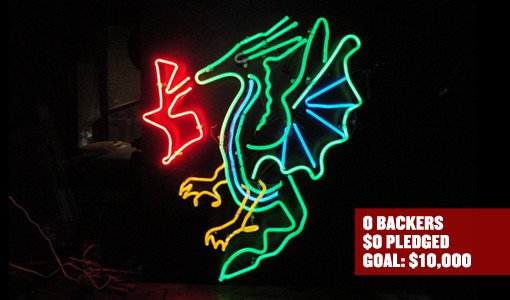 #5. NEON DRAGON
The sad part is if the goal was $1 it’d still be a failure, which surprises us considering the ever-expanding neon dragon market here in the U.S. 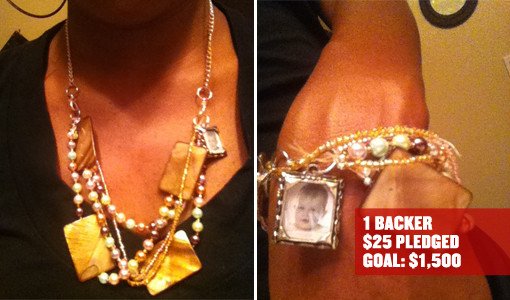 #6. UNIQUELY YOURS
It truly is unique because there’s no guessing what type of junk the dumpsters will provide for your jewelry.