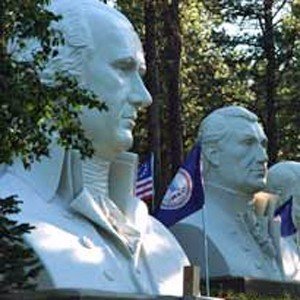 Presidents Park | Lead, South Dakota
Screw Mt. Rushmore! Why go there to see the gigantic heads of a mere four former U.S. presidents when you can peer up the gaping nostrils of all of them? Each statue at Presidents Park is between 16 and 20 feet tall, and contains info on each Commander-in-Chief’s accomplishments. Poor William Henry Harrison’s accomplishments? “Was sworn in. Caught a cold. Died a month later.”

8 Tips For A Las Vegas Trip Of a Lifetime