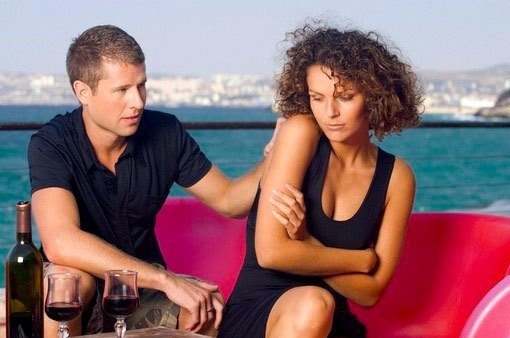 Looking for some unsolicited relationship advice? Lie to the woman you’re pursuing if you’ve dated a dude in the past. Turns out, bisexual women are considered appealing by both dudes and women — well, dudes and women who don’t share the same ideology as Ted Cruz or any neoconservative, anyway — but a new survey conducted by Glamour shows that bisexual men may not have the same status. From the Huffington Post:

The magazine’s researchers polled more than 1,000 women, between the ages of 18 to 44, about their own sexual identities and experiences for the survey … 63 percent of those surveyed said they’d opt out of traditional labels like “homosexual,” “heterosexual” and “bisexual,” the same percentage also said they wouldn’t date a man who has slept with another man.

To sum up, if a dude has dated another dude, chicks aren’t into it. But if a lady sleeps with another lady, that’s totally cool. In fact, more than 47 percent of the women surveyed said that they had been attracted to other women. Huh? Here’s something else from Glamour:

One expert opined that he believes the reasoning for women being so closed off to being with a bisexual man is a lack of male bisexual role models.

Also Read: 6 Sex Facts That’ll Make You Scratch Your Head (No, Not That One)