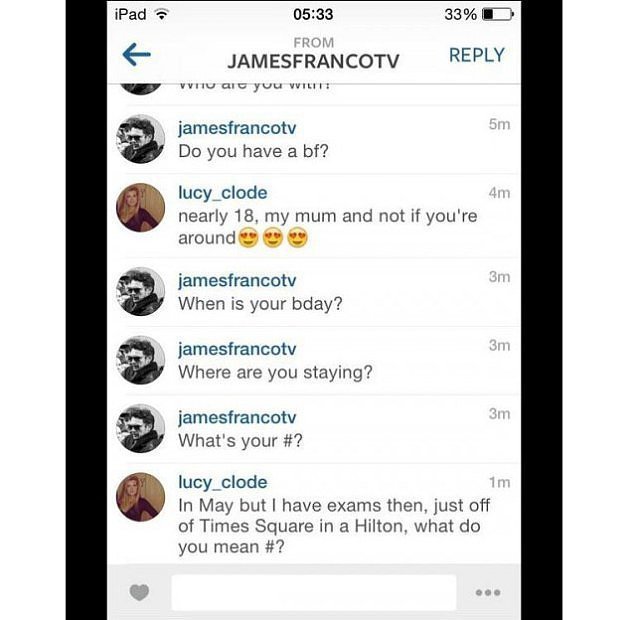 James Franco
Actor James Franco got called out when a series of tweets to a 17-year-old girl from Scotland were published that show him … well, you see what they say. Once he was outed the then-35-year-old called the situation embarrassing and claimed to have learned his lesson.

Gwyneth Paltrow
In June 2012, while attending a Kanye West and Jay Z concert, Paltrow used her social media account to remind the world that she got VIP access and had way better seats than anyone else there. Or she was just posting a pic because she felt like it.

Either way, she tweeted the name of a song and it had a variation of the N-word in it. It causes a stir and made news, and then some dude we’ve never heard of named The-Dream copped to typing the tweet. Later, it was deleted, but not before she informed people that it was the name of a song (which is true):