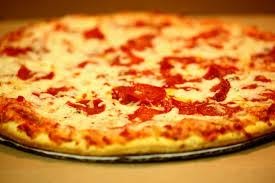 When you’re trying  to impress a woman you’re likely to do things like suck in your gut, make it seem as though buying her drinks all night isn’t destroying your monthly budget, use polysyllabic words in an effort to sound like you studied in school, and, the most obvious … eat more pizza?

According to researchers at Cornell University, when a woman is around, guys are 93 percent likely to eat more pizza. Rather than filling your gut with loads of pizza. I’d like to think you should take a different approach and cook one for her. If you really want to impress her, consider getting a portable pizza oven.

Surveying the eating habits of 133 adults at an all-you-can-eat Italian buffet over a two-week period, the researchers found that along with eating close to two more slices when women were around, the guys also ate 86 percent more salad. The study was published in the journal Evolutionary Psychology and also found that women tend to feel like she’s being rushed through her meal:

Additionally, while women do not eat significantly differently as a function of the sex of their dining partners, women eating with men tended to estimate themselves to have eaten more and reported feeling like they were rushed and overate.

Why does this happen? The scientists involved in the study believe that men are looking to demonstrate that they “that they possess extraordinary skills, advantages, and/or surplus energy in degrees that are superior to other men,” as quoted in the LA Times. In other words, overeating is a mild form of risk behavior.

What about nerves? Stuffing your maw because you’re trying to think up something witty to say, or eating or drinking more to prolong conversation or to prevent the date from ending? They seem plausible, too. But the researchers are holding strong that it’s about showing off. Whatever stance you want to take on this, there is one clear takeaway: slow the hell down when you’re eating with a company, whether it be a woman or one of your slob friends who are void of manners. It’s better for digestion, anyway. 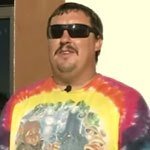 ALSO READ: Do Pot Smokers Get Laid More? One Study Suggests They Do
According to the 2015 Millennial Sex Study conducted by Skyn Condom, people who smoke weed on the regular get laid on the regular, too.