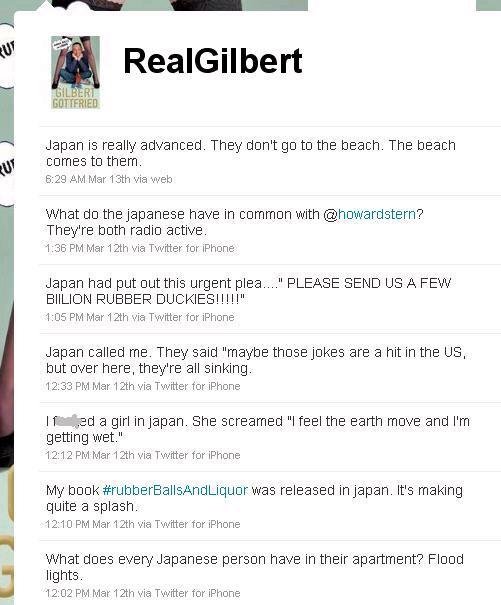 When a tsunami pummeled Japan in 2011 Gilbert Gottfried used Twitter to rattle off some jokes. You can read some of them — which have since been deleted — in the screengrab above. Not all of them went over. In fact, none of them did, as many people who aren’t heartless pricks found them to be tasteless. The suits at Aflac thought so, too. Gottfried, who was earning an easy (and most likely, large) paycheck as the voice of their mascot, canned him, releasing a statement:

“Gilbert’s recent comments about the crisis in Japan were lacking in humor and certainly do not represent the thoughts and feelings of anyone at Aflac,” the company, which does 75% of its business in Japan, said in a statement. “There is no place for anything but compassion and concern during these difficult times.”