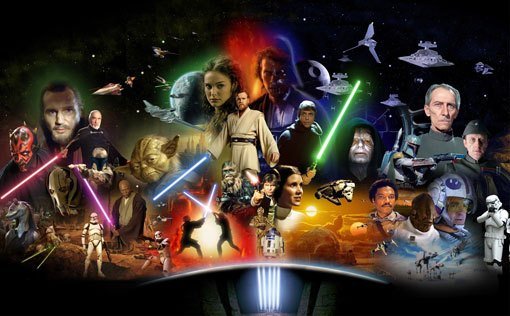 Unfortunately we have to wait until December (or until someone leaks it) before the Force awakens in Star Wars: Episode VII. We’ve already prepped by trolling ComicCon for the hottest Princess Leas and the gnarliest Darth Mauls (he’s the only saving graces from Episode I). But having seen the new Star Wars trailer about 400,000 times, we started to think about how we could tide over our Star Wars hunger.

Also: These Things Are Awesome If You Love Back to the Future As Much As We Do

We tried Star Wars fetish parties but felt out of place when a Wookie approached us with a proposition that we couldn’t morally complete. Then we went ahead and tried to digest Episodes I, II, and III again in hopes of finding redeemable qualities (there were still none). Then we decided to surf the intergalactic dark hole known as the interwebs to compile a list of Star Wars-themed stuff. We think you’ll think this stuff, it’s pretty cool, and if we’re wrong … well, clearly you’ve turned to the Dark Side, jerk. 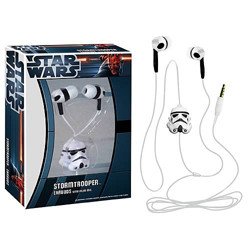 #1. STORMTROOPER EARBUDS WITH MICROPHONE ($8 @ Amazon.com)
Sick of taking orders from your superiors in the Galactic Empire? Shun out the noise with these Stormtrooper earbuds. There’s a built-in mic for taking and fielding calls — “Hey, you’re missing role call and Vader is piiiiiiiiiiiised.” — and the Stormtrooper shield lets people know you’re proud of your Star Wars nerd status. 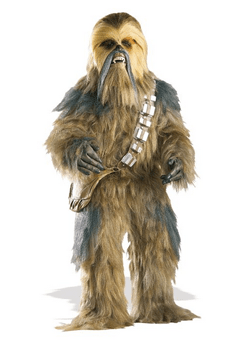 #2. CHEWBACCA ADULT COSTUME ($306 @ Amazon.com)
Sure, you can snip off your dog’s hair and glue it to a shirt and call it a Chewbacca outfit, but you’ll look ridiculous and, worse yet, risk catching fleas. Instead, this authentic polyester Chewbacca costume is far superior. It’s a full-body Wookie suit that comes with a mask, latex hand gloves, and even Chewy’s bandolier and pouch. Who knew it was called a “bandoiler?”

One piece of advice: if you buy this outfit, you better speak fluent Wookie. Few things in life are more embarrassing than wearing a badass outfit and getting shamed for using terrible Wookie grammar. 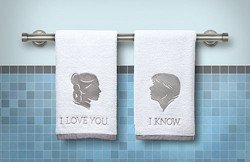 #3. HAN AND LEIA HAND TOWELS ($37 @ Amazon.com)
The towels are made of soft cotton bamboo and feature embroidered Han Solo and Princess Leia. If you don’t remember the love scene from Empire, hop on YouTube. That’s where the text on the towels comes from. Perfect for a “his and hers” bathroom setup, a wedding gift for hardcore Star Wars fanatics, or for weirdos who like to act out the aforementioned love scene with cotton towels. 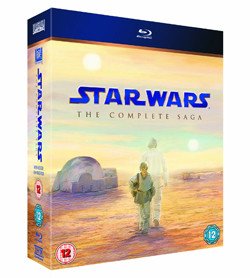 #4. THE COMPLETE STAR WARS SAGA ON BLU-RAY ($100 @ Amazon.com)
Let’s not pretend that Episodes I, II, or III are any good. Still, they’re part of the franchise and therefore have a place at the table. The six-movie set on Blu-ray also contains hours of bonus footage, including commentary by George Lucas and cast members, and archival interviews.  Sadly, Lucas doesn’t explain why he attempted to ruin the films by “digitally enhancing” — 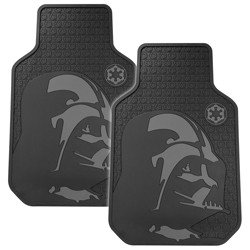 #5. DARTH VADAR FLOOR MAT SET ($25 @ Amazon.com)
Nobody pays much attention to car mats, and to be honest, we understand why. But if yours are worn out and frayed, instead of switching to generic mats pick up these Darth Vader mats. They’re black mats and fit a variety of cars. Just be sure to wipe them down from time to time — Darth Vader hates when his helmet is dirty.
Also: The Craziest Things Captured On Google Earth 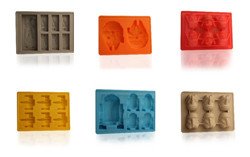 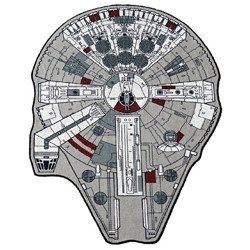 #7. MILLENIUM FALCON RUG ($PRICE @ Amazon.com)
The 6 x 4 Millennium Falcon rug is perfect for game room, garages, and bedrooms for guys who have no hope of ever getting laid by a stranger. The rug is made of soft polyester and is a diagram of Han Solo’s ship. It’s not built to scale, and if you were under the impression that it was, you’re clearly a lunatic. 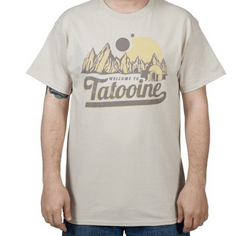 #8. WELCOME TO TATOOINE T SHIRT ($11-$22 @ Amazon.com)
If we have to explain that Tatooine is the desert land where Luke Skywalker grew up, then you probably shouldn’t be wearing the shirt. For the rest of us, this 100 percent cotton tee is preshrunk and machine washable. Oh yeah, it looks cool, too.

#9. 8 GB C-3PO FLASH DRIVE ($15 @ Amazon.com)
The C-3PO flash drive is on par with other lame looking ones, but does it do anything magical? Nope. It saves files or videos and plugs into USB ports. It’s just a cool flash drive, that’s it.