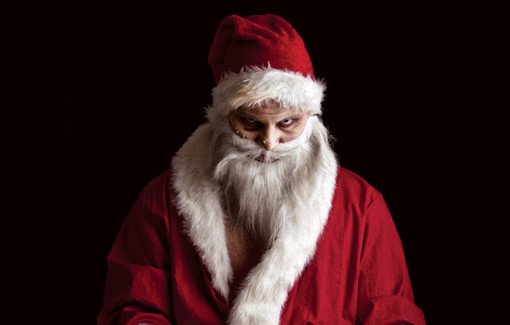 The Scariest Christmas Characters Ever

Everyone knows Santa Claus is the fatso in a red suit who brings amazing gifts to good little boys and girls, and lumps of coal to assholes. But as great and joyful as we all think Santa is, the dude’s associated with some shady weirdos. Like, Krampus, for example. That’s Santa’s pal who puts naughty children in his bag and drags them to hell. Or Black Pete, the dude who walks around looking like Ted Danson at the Friar’s Club circa 1993.

Although the stories surrounding these ancient Christmasy types have been sanitized and made less horrifying over time, they’re still disturbing. Here are eight of the strangest … 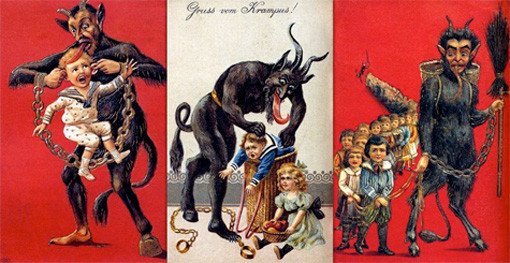 Less of a cuddly old man and more of a horrific demon with horns, Krampus is a Christmas devil who dresses in rusty chains and bells and carries a bundle of sticks that he uses to swat naughty children. Also, according the photo, he has a Gene Simmons tongue. Krampus has become an anti-Santa in Austria where you can buy Krampus candy and other merchandise. Many countries celebrate “Krampuslauf,” which is basically an excuse for dudes to get wasted and dress up like Gwar-reject monsters for a night. For gifts, punches to the nose or anything that creates bodily harm is accepted. We’re half-kidding.