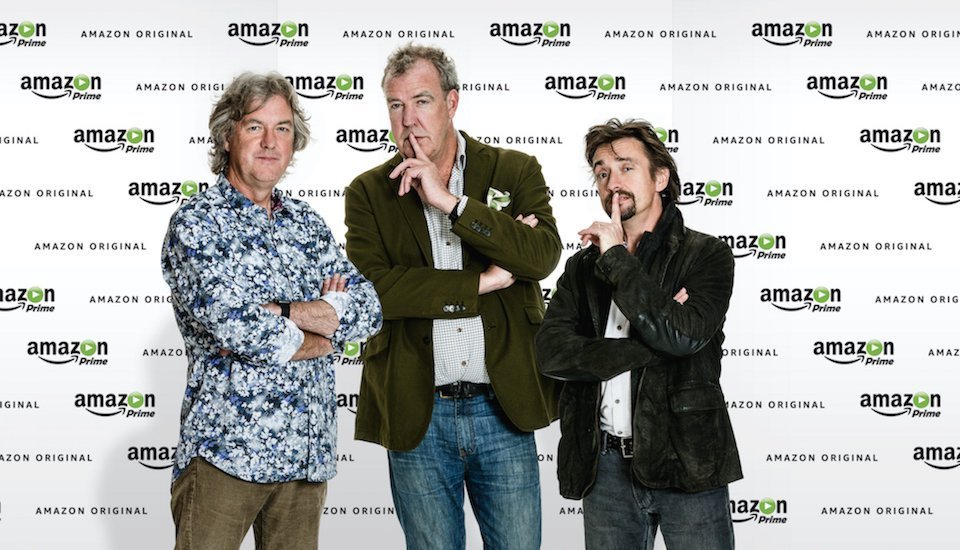 There are so many cool TV shows, new ones and old ones, you can currently watch via Amazon. So, far they are delivering terrific shows from classics such as The Sopranos and The Wire, to more recent ones like Hannibal, Mr. Robot, and lots more. This week though, Amazon Prime will be churning out something fresh and yet commendably familiar. They will be introducing an all-new car show with three hosts: Jeremy Clarkson, James May and Richard Hammond. Whether you’re a gearhead or not, you must’ve at least heard of these three dudes. They are former hosts of British TV show Top Gear, which for years has been known as the most widely watched TV show in the world. Following an incident with the show’s main host, Clarkson, all three presenters left the BBC produces show and are now wrapping up the program called, The Grand Tour.

The show’s hosts have gathered once more and have been active both on TV and on social media, trying to explain their upcoming car-themed endeavor. For now they were quite particular about the name ‘The Grand Tour’ because it basically pinpoints what the show is all about: travel around the world and bringing the viewers what they want – flashy cars, and crappy ones show in various exotic locations.

Clarkson said: “We’ll be traveling the world hosting each episode in a different country, from a It’s a sort of ‘grand tour’, if you like. So we’ve decided to call it ‘The Grand Tour’.” Whereas Hammond was more enthusiastic and said: “I already love camping but this is something else. “We are like our pioneering and prospecting forebears, sallying forth into a new frontier of broadcasting…”

What Fans Are Gonna Want

The fans are expecting the three lead presenters to stick to their routines, which is as follows: James May is the slowest driver on Earth,” Richard Hammond is just, well, small and Jeremy Clarkson is tall and loud. So, yeah, Top Gear fans will sure as hell expect these guys to be funny and spontaneous because that’s what made the original show great when they hosted it.

Next Page: More about Amazon’s The Grand Tour