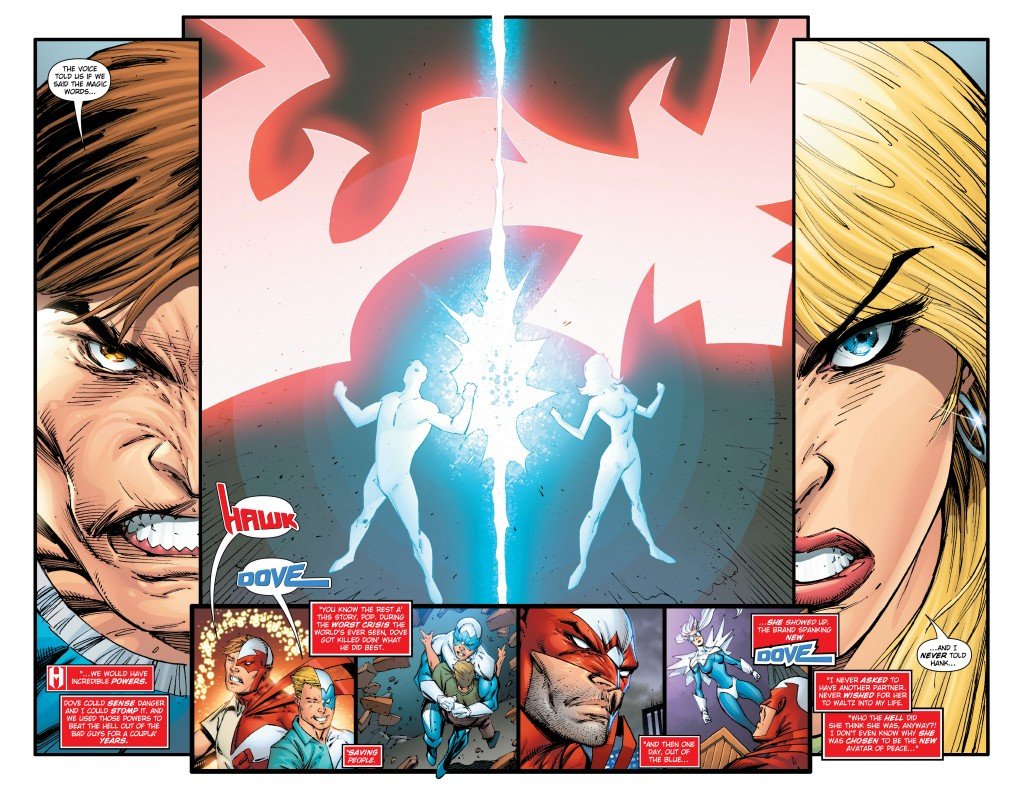 This fall, DC Comics is completely rebooting all 52 of their superhero comic books. From artwork to storylines to the outfits in which the superheros battle evildoers, the DC Universe is going to look completely different.

Although the folks at DC have been understandably tightlipped about many of the major changes — their cutting-edge strategy is to actually make people purchase the comics to see what’s in store — they graciously gave us exclusive images from Hawk and Dove #1 and allowed us to pester DC Comics Editor-in-Chief Bob Harras for details about what’s to come.

(If you want to see larger versions of any of the images, just click them.)

Did Batman or Superman harass you with whiny emails because the first reboot is Justice League #1 instead of a title that focuses solely on them?

Well, the Justice League does include Batman and Superman as core characters, so I don’t think they were too pissed off.

By completely changing your whole catalog, you’re no doubt going to get some fan boys’ Green Lantern Underoos in a bunch. Did you worry about angering hardcore fans?
There’s been some concern there, but I think it’s good. I love having a conversation with our fans because it shows how excited they are about what happens to the characters they love, and that they care about them as much as we do. 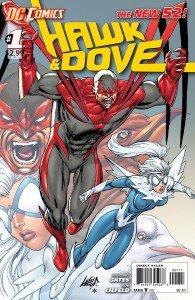 Justice League #1 has already sold out. When will you release the other 51 titles?
Throughout September. There will be a new batch of D.C. Comics each week — the “New 52.”

In re-examining the whole catalog, were there titles you decided to ditch?
Every character in the DCU has been examined and will be part of the grand plan. For example, there’s Power Girl, a character who has had a monthly series for a while; she’ll no longer have her own series, but that doesn’t mean we don’t have plans for her.

So what was the strategy for retelling these stories?
Whether it’s Batman, Superman, Wonder Woman, or Green Lantern, a superhero has to be an interesting character. And the reader has to get involved in that character’s life and challenges. But they’re also people, and there has to be a price you pay or an impact on your life when you’re a superhero. Like, what is it like to be Clark Kent and Superman? Is there a downside to being Superman? You might not think so, but maybe there is.

Does the fact that you’re allowing digital versions of the comics to be released the same day signal the end of the traditional paper book?
Moving to digital is an incredible opportunity to tell our stories to a wider audience. You can be on line at the movies and read a DC comic book now! That’s exciting. Before you had to go to a comic shop to get our product. Now you don’t.

The fact that outfits are changing leads us to one all-important question: Will Wonder Woman finally show her —
You’ll have to wait and see. 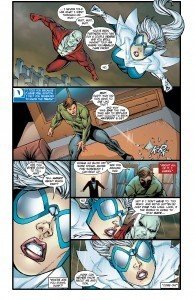 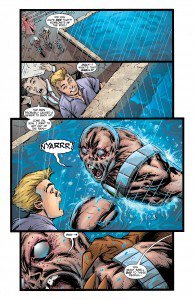