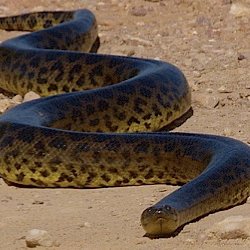 ANACONDAS
There’s an urban legend about how to survive an anaconda attack: Lie still, let the snake swallow you up to your waist or so, and then take out the knife you’re (hopefully) carrying and cut your way out. Thing is, this myth is bogus. For one thing, constrictors tend to swallow their prey head first, after it’s been crushed to death or nearly to death. For another, you probably wouldn’t be thinking real clearly if a gigantic snake was eating you. 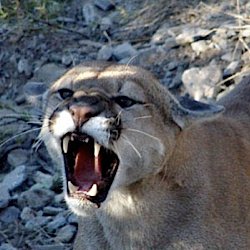 MOUNTAIN LIONS
If you live out West and like to go hiking, stop it! Okay, fine, mountain lion attacks aren’t all that common, but should you encounter one, remember to stand tall and make a show of force, like throwing rocks in its direction. Don’t bend over, curl into the fetal position, or run, because the lion will only see you as vulnerable prey and strike at the nape of your neck to try and sever your spinal cord. (Aw, kitty!) If you can’t scare the animal away, aim for its eyes and pray that all those P90X DVDs you bought made you strong enough to fight off a mountain lion. 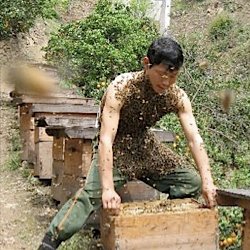 BEES
Sorry, but your firearms are pretty useless against Africanized bees, which can fly at speeds of up to 15 mph and will pursue a threat for a quarter of a mile. (In other words, unless you’re an Olympian, you can’t outrun them.) Be sure to run (here’s where you can pretend you’re an NFL half back by employing some fancy zig-zag moves) and protect your face and neck because stings there can cause the most damage. Don’t swat at the bees either; it just pisses them off.