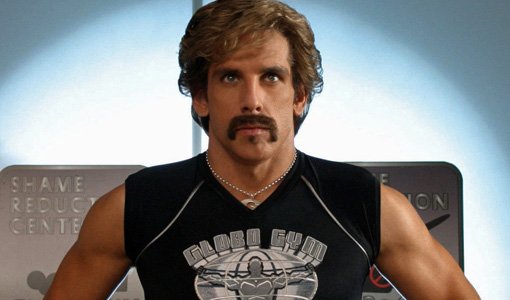 In order to look halfway decent when it’s time to get naked with a woman, you need to exercise consistently and go easy on the Bugles. The problem is that going to the gym isn’t fun and takes precious time away from important things like dominating Skyrim. And when you do go to the gym regularly but you stop seeing progress — you’ve either stopped losing weight or adding muscle mass — it’s tough to find a reason to keep returning.

Meatheads refer to the stagnation as plateauing, and once it happens, you have to find new training methods and techniques to break out of the rut. Sometimes it’s as easy as brining your mp3 player or Discman to the gym; other times it means showing up with a brand new game plan.

1. LISTEN TO MUSIC
Putting on earphones at the gym can help drown out the sounds dudes grunting like cavemen when they bench press or elliptical super hard. But a 2009 study also found that people who listened to their choice of music while exercising performed at least one extra rep on every set of every exercise during a shoulder workout compared to those who listened to no music.

2. BE MORE EFFICIENT
Hitting a weight lifting plateau is like doing your job well but never being given a promotion or raise. The techniques below are like working half the time and being paid twice as much for it. So use them.

• Drop sets: Perform a set of an exercise, then immediately reduce the weight and do the same lift until failure. (If you are able to lift the reduced weight as many times as the initial weight, you’ve taken off too much.)

• Supersets: Two exercises performed back-t0-back with little or no rest between sets.

• Trisets: Same as a superset, except you’re doing three exercises instead of two.

• Giant sets: Same as a triset, except you’re doing four or more exercises instead of three.