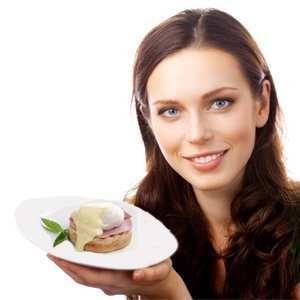 Eggs Benedict
In 1894 Lemuel Benedict, a Wall Street stockbroker, had a rough night out on the town. Legend has it that in the morning he wandered into the Waldorf Hotel and ordered “buttered toast, poached eggs, crisp bacon, and a hooker of hollandaise,” believing the meal would cure him of his nasty hangover. (Ham and an English muffin are now subbed for bacon and toast.) However, Commodore E. C. Benedict, a banker and yachtsman, has also been credited for inventing the breakfast delicacy. But screw that guy! He didn’t use the word “hooker” or try to eat his way out of a hangover. 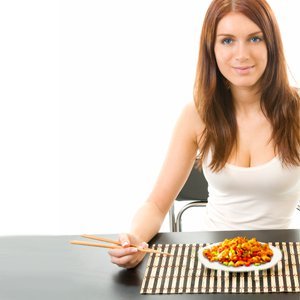 Kung Pao Chicken
Kung Pao Chicken — spicy chicken, vegetables, and peanuts or cashews — originated in the Sichuan Province of China in the mid-1800s, but was named after a provincial governor during the Qing Dynasty. His title, Gōng Bǎo, meant something along the lines of “palace guardian,” which makes sense considering the name of the dish sounds a lot like a badass kill-attack.

How to Throw an Authentic Italian Garden Party