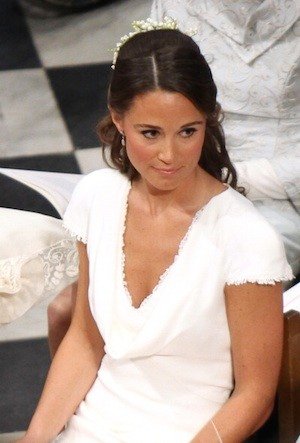 The only obstacle between you and spending your buddy’s wedding night with a bridesmaid — or any other single woman at the wedding, really — should be her Spanx. (Yes, she’s wearing them. Even if she’s skinny.) Why do I say that? Just look at the facts:

I can’t think of a better recipe for a one-night stand. That’s why all you need is some insider knowledge from a chick in order to hook up with a bridesmaid. And I just so happen to have it for you …

1. ATTEND THE CEREMONY
It’s been my experience that a lot of guys just skip this part of the wedding altogether — especially if they’re single and aren’t dragged there by their ladies. But attending can give you a great bridesmaid-seducing head start. (Besides, you owe it to your friend to go — he’s only going to get married once-ish in his life.)

During the post-ceremony mingling, happen to be standing next to the woman you want to hook up with and say something like, “You definitely were the best stander of all the bridesmaids.” Introduce yourself, chat — she’s going to be busy, so be brief — and manage to make a bet with her. Like which groomsman will get the drunkest, whether or not the DJ will play “Single Ladies,” or if the bride will cry during the speeches. It’ll give you a reason to catch up with her later at the reception.

2. DANCE WITH A GRANDMA
Trust me, this works. It lets your potential hookup know that you’re available (Why the hell else would you be dancing with Memaw?), and it triggers a weird biological response in women; if we see an available man twirling an old lady at a wedding, we picture what it’d be like to marry him. Don’t freak — that’s a good thing. If she can imagine your wedding, she can imagine sleeping with you. And imagining is half the battle.