If you’re talking to a person and somehow the conversation veers to nose picking and said person claims they don’t pick, they’re bullshitting you. If they’re human, they dig for gold when there’s blockage. It could be from lack of tissues or because their shirt sleeve was already used to wipe mayo from the corners of their mouth. Or even because they understand that using your fingers is simply more enjoyable, uh, we mean efficient.

Also: The Right Way To Pop A Zit (You’ve Been Doing It Wrong)

And while there’s a difference between a quick pick in public and spelunking into the depths of your nostrils when nobody’s looking, understanding the best ways to extract dried nasal mucus with our fingers can help in either scenario. Here are a few tips you can use to maximize your nose-picking experience. 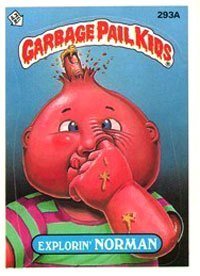 (Fun fact: People who are obsessed with picking their nose to the point where it becomes a problem (like Explorin’ Normal from the Garbage Pail Kids), it’s called  rhinotillexomania.)

KEEP THE CILIA GROOMED
You should groom your nose hairs (aka cilia) whether you pick often or not. What type of woman wants to sleep with a dude that has wiry hair jutting out of his nose? Answer: A weird one. Truth is, long nose hairs are as unsightly as a pea-sized bat in the cave. Except nose hairs are in full view at all times.

And rest assured,  if you’re especially a super-mucusy guy, those boogies will get snared in the web of your nose forrest for all to see. And trust us, picking after you’ve been called out for a booger cameo isn’t a great feeling. Use a electric trimmer, a small pair of scissors, or yank the super long ones out with tweezers. Point is, keep it neat by any means necessary.