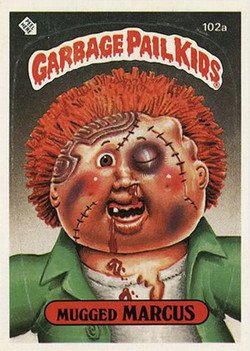 Garbage Pail Kids were awesome trading cards that came out in the 1980s in response to Cabbage Patch Kids, which were stupid dolls. GPK were silly, vile, and offensive. Naturally, we loved them.

Unlike collecting basketball and baseball cards, collecting GPK made us feel like we were doing something wrong. (And many kids were; plenty of parents freaked out over the cards.) It’s Always Sunny In Philadelphia fans may recall that Charlie Kelly based his retirement on the value of his GPK collection. Admittedly not a wise move, but still, the cards hold up even 25 years after they first came out. In fact, now that we’re adults, we’re able to see twisted humor in some of them that we totally missed when we were kids … 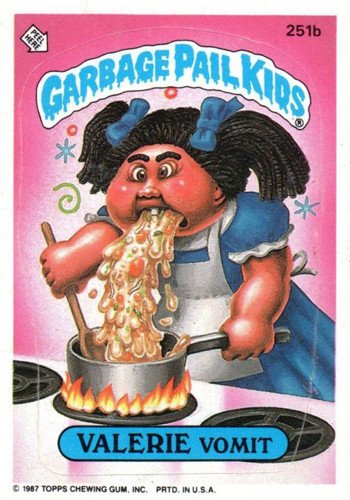 We’re pretty sure we’ve eaten at this restaurant. 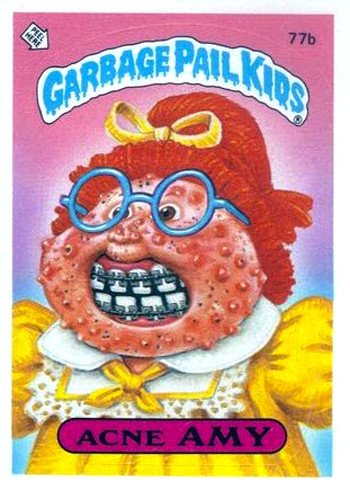 She’s a real looker without the glasses, though. 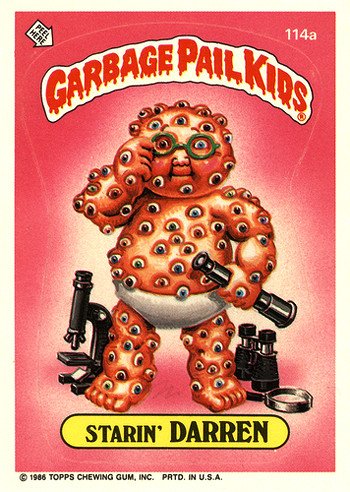 Favorite pick-up line: “Hey girl, I’ve had my eyes on you.” 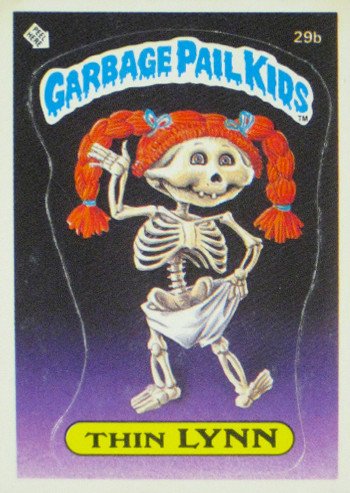 Her need to hold up her diaper to prevent it from falling is really what sets this one apart.