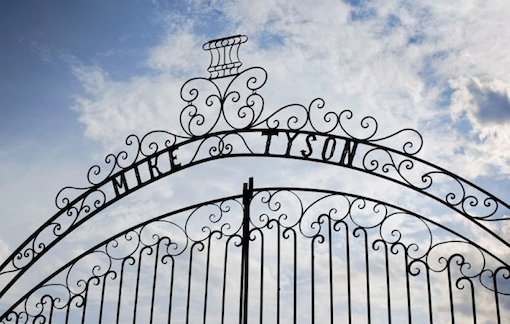 It’s like Heaven’s pearly gates — except the opposite. How do you know it’s the opposite of Heaven? Because the gates say “Mike Tyson.” 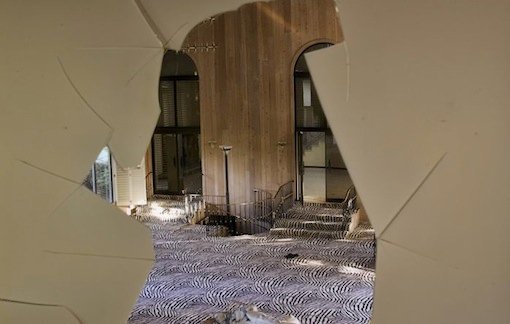 Goodness, is that a gigantic hole punched in the wall?! Whoever would have done such a thing?