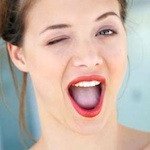 Meeting men really isn’t all that difficult if you’re an attractive woman. After all, most guys are going to be coming your way to use their corny pickup lines on you before you even spot them. However, if you’re the type of person who prefers to start the conversation, there are some pickup lines to use on guys that work almost every time if there’s some chemistry between the two of you. At the very least, they will work to get the conversation started and moving in the right direction.

Compliment His Physique
This works pretty much all the time because, as much as most guys don’t want to admit, they can be pretty vain. That is why some guys spend so much time at the gym. The best part about this technique is that it really doesn’t matter whether he’s as buff as Schwarzenegger (back in the day), lean, or just plain skinny. Another reason this is one of the best pickup lines to use on guys is that it will tell them that you have noticed them and that you are interested.

Use the Worst Pickup Line
You have probably heard a million terrible pickup lines in your day. If you think a guy might have a sense of humor, using the worst one you can think of, assuming you can halfway tell a joke, is a surefire way to get a conversation going. Anything about angels falling from the sky or Greek gods will work. Just make sure that it’s corny and that you say it with a smile, not with a straight face.

These pickup lines will probably start a conversation on your terms, and a guy might be impressed you had the nerve to approach him.