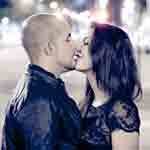 Nothing wrong with being adventurous when it comes to sex — and having sex in public places is one way to do that. If you are interested in engaging in sex in public places, first you have to talk to your partner to gauge her interest. If you are both exhibitionists, it won’t be a long conversation. If she’s super religious, it won’t be a long conversation but you should expect a different outcome. After you discuss when and where it can go down, you can start planning how to carry out the deed.

After you make a plan, you’ll also need to make an escape plan. Needless to say, the two of you must be discreet but you never know what’ll happen so you’ve got to be ready. Public sex is against the law in many areas. So if you get caught with your, uh, pants down, you’ll most likely be arrested. In some states, you may even have to register as a sex offender.

Sex in public places is not something that everyone likes. If your partner seems into the idea and then backs out, don’t press the issue. Exhibitionism isn’t for everyone. Plus, there’s plenty of other sexual adventures you guys can do. Cosplay anyone?

ALSO: Why You Should Squeeze Her Boobs More