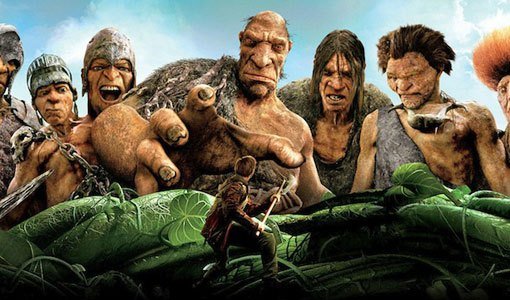 Bryan Singer’s new Jack The Giant Slayer is about a brave and handsome young dude who finds some magic beans, saves a princess, and gets plunged into an epic battle between humans and a race of giants who live in the sky. You know, that old story. (Actually, it is, in fact, a very old story.) So far, Jack’s 3D tale hasn’t exactly wowed critics. But it did get us talking about the best giants of all time. The fella in the nut huggers below is an obvious choice, but it turns out there are a bunch of giants you’ve probably never heard of, including a couple of genuinely attractive women. If you’re into women who could crush you like a grape, of course. (And we know some of you are really into that.) 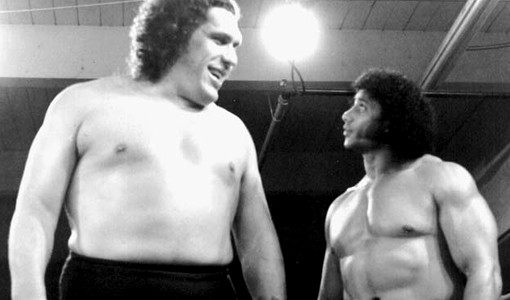 1. ANDRE THE GIANT
There’s at least one legendary story about Andre the Giant for every inch of his 7’ 4”, 500 lb. frame. He once drank 156 beers in a single sitting. He was considered for the role of Jaws in The Spy Who Loved Me. When four guys harassed him in a bar, he chased them into their car, then flipped the car over. But it’s his legendary pro-wrestling career and his relentlessly charming portrayal of Fezzik in The Princess Bride that helped cement Andre as one of the greatest giants of all time. Well, that and the fact that his middle name is “the” and his last name is “Giant.”