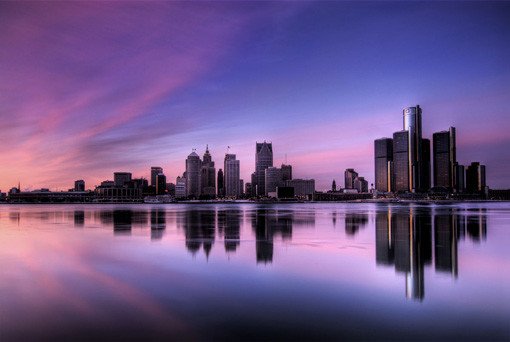 Detroit is Michigan’s biggest city and was once the fourth largest city in the nation. But for decades, The Motor City has been the butt of jokes (What’s the only thing that grows in Detroit? The Crime Rate!), and things have only gotten worse. With the city facing more than $14 billion in unfunded pensions and other budget woes, Michigan Gov. Rick Snyder recently decided to hand Detroit’s fate over to  a handpicked “emergency manager” who will be given sweeping powers to make the tough decisions no other politician has wanted to make.

Though RoboCop would have been pretty cool too.

Instead of piling on with more cliche Detroit jokes (Why do ducks fly over Detroit upside down? There’s nothing worth shitting on!), we decided to highlight all of the good, cool, beautiful, and interesting things about the city! Uh, which means we’re going to show you lots of old photos. 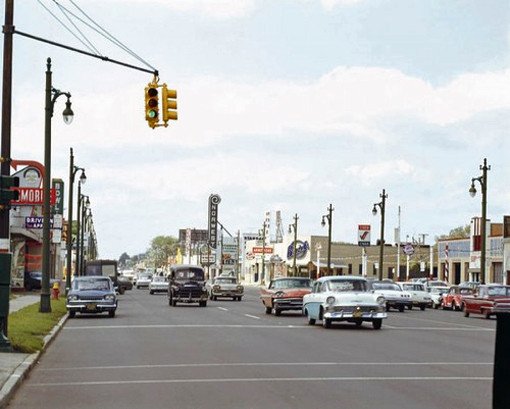 A look down Grand River Avenue ca. 1965. And not a stickup in sight! 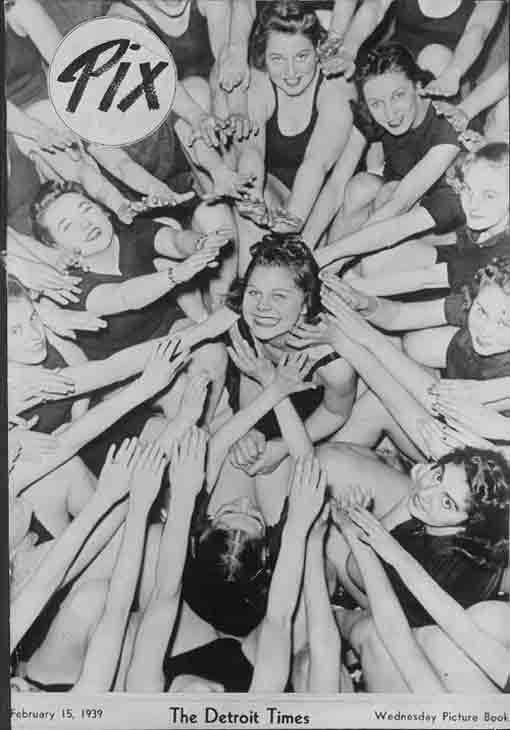 In 1939, moral was so high in Detroit that people smiled even when they were being attacked by all-female hordes of zombies. 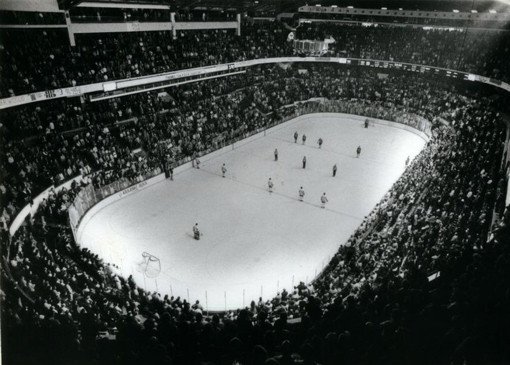 Here’s a shot of Olympia Stadium, aka The Old Red Barn. It was the home of the Detroit Red Wings from 1927 until 1979, and hosted a bunch of great boxing matches. (“Boxing” is like old-timey MMA fighting.) 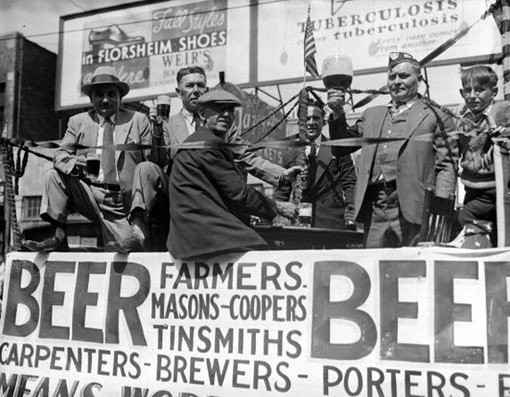 About 10,000 supporters marched in Detroit on May 14, 1932 to suport the end of Prohibition. Judging by the kid on the far right of the photo, nobody was carded. 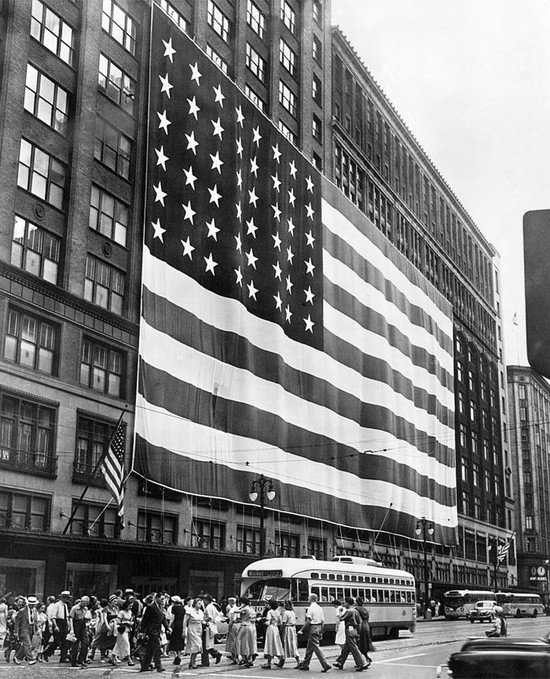 The giant flag displayed outside Hudson’s on Woodward Ave was seven stories tall — the department store claimed to be the second-largest in the world, behind Macy’s flagship New York store — and gave the smaller flags flanking it an inferiority complex. 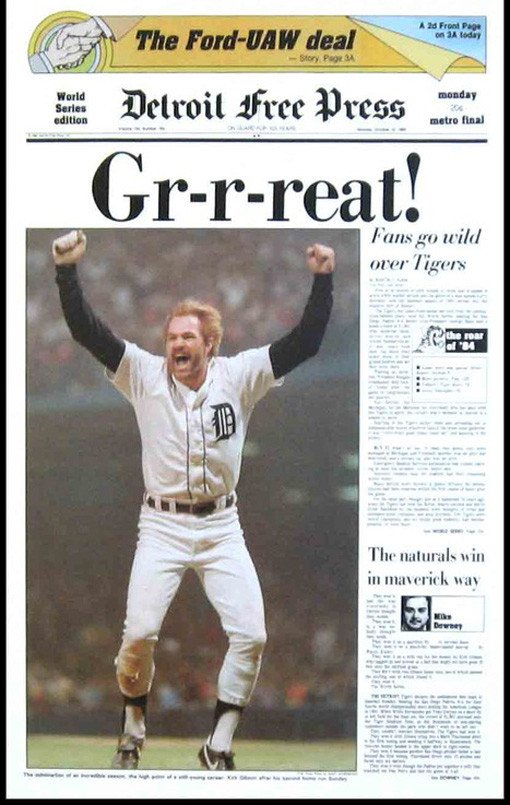 The Tigers beat the Padres in the 1984 World Series. Two things that are notable about this front page: 1) The Free Press used the occasion to boldly choose a side in the looming cereal wars. 2) Kirk Gibson would never have another World Series moment as great as this! 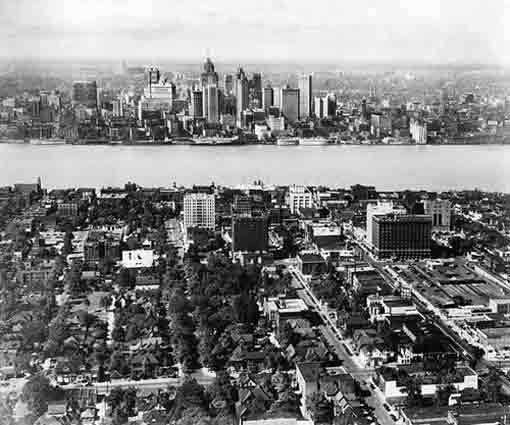 Windsor, Ontario (top) and Detroit are separated by the oddly named Detroit River. How is this for Canadians being relentlessly polite: Windsor avoids making Detroit feel bad by being just as shitty! 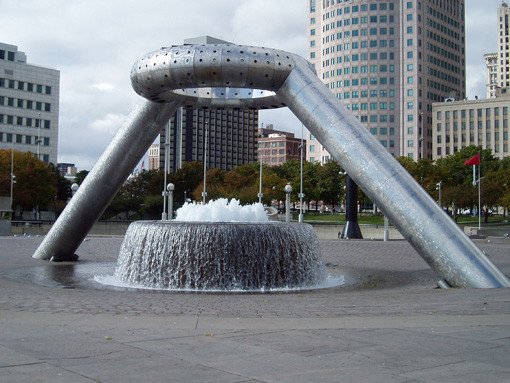 Anna Thompson Dodge gave the city $1 million to construct a fountain in the memory of her late husband and son. “Thanks for the shower, Mrs. Dodge!” —Legions of homeless people 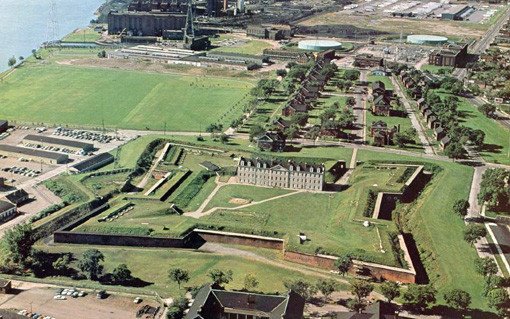 Fort Wayne was originally built to defend against a British invasion from Canada — an invasion that never came. Ironically, its slogan is “Never a shot fired in anger.” 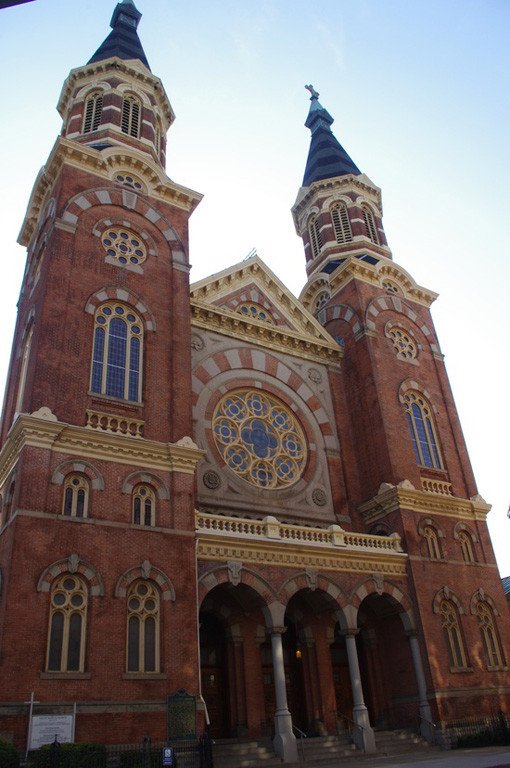 God may have forgotten about the city decades ago, but St. Mary’s still stands and is the oldest Catholic church in Detroit. 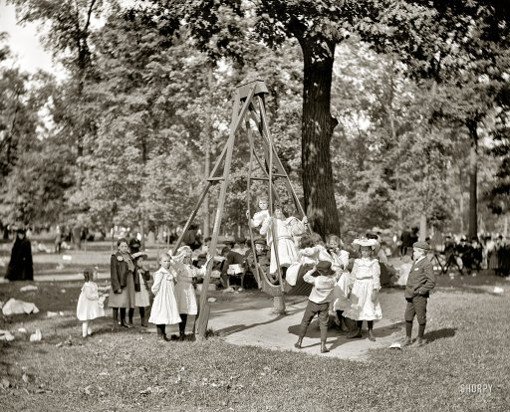 How socially progressive was Detroit? In 1905, it had a thriving swingers community. 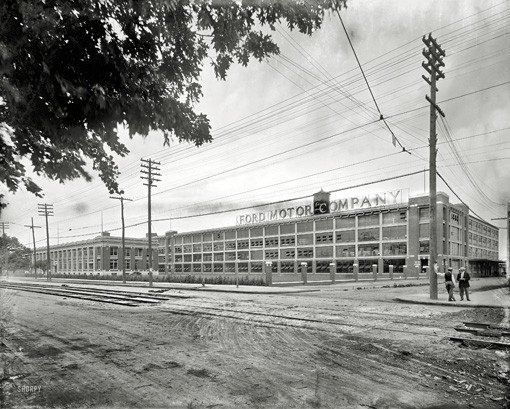 Highland Park is a small enclave surrounded by Detroit, and its Ford plant houses the first-ever assembly line. It’s now on the National Registry of Historic Places.

8 Tips For A Las Vegas Trip Of a Lifetime