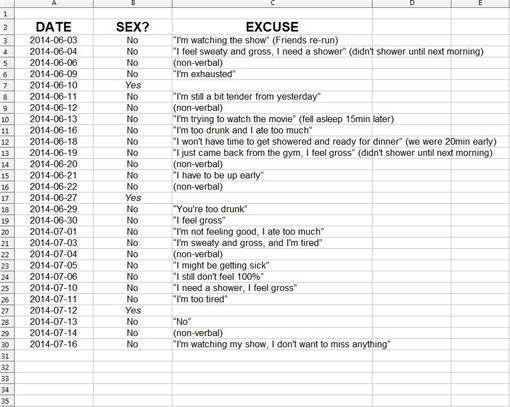 Knowing full well we should have his side, we can’t help but feel for her, too. When we feel gross, are watching our shows, might be getting sick, are too drunk, ate too much, have to be up early, or aren’t showered, we don’t want to have sex either. To difference is, we’d hop in the shower, pause our shows, and force ourselves to go to bed a little later to get busy. When you’re too drunk or feel sick, we get it. But not really.