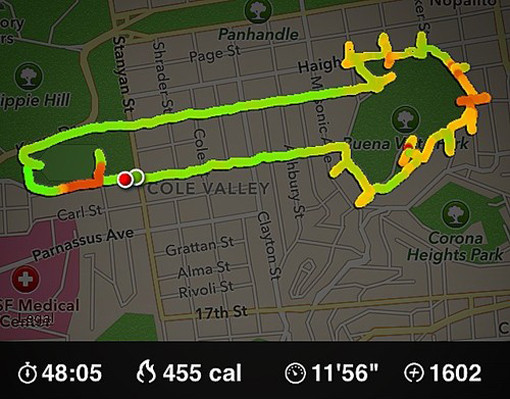 Science has already told us how big your penis is (probably 5.57 inches), but Claire, an avid runner and most likely amazing Etch A Sketch artists, isn’t buying it. She uses her Nike+ running app to map her runs and plans her routes meticulously so she can draw various objects, including lots of penises.

The pictures, posted on the Running Drawing Tumblr blog, also include a Space Invader alien from the old arcade game, pole dancer, and more schlongs. For some reason, her blog dicks pics make us want to play NES instead of go for a run. Maybe it’s the 8-bit look of the Nike+ app?