We’ve all heard Apple’s “There’s an app for that” line about a billion times at this point, in both Apple ads and in take-offs and parodies. Well, prepare to contribute to Steve Jobs’s modest 401(k) next time you make an app-for-that joke — Apple just trademarked the phrase.

But that doesn’t even come close to the goofiest phrases that have been trademarked over the years. Like, for instance … 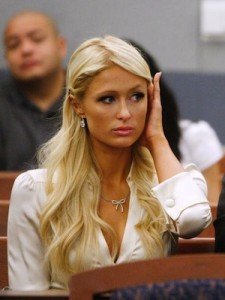 “That’s Hot”
Trademarker: Paris Hilton
In 2007, Paris got into a legal spat with Hallmark over what she claimed was an unlawful use of her trademarked phrase on one of their greeting cards. The case was settled out of court, which turned out to be the last time Paris was in the news for not going to court.