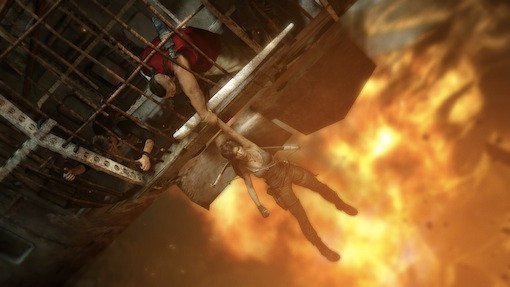 It’s been said that heroes aren’t born, they’re made. But unlike sausages, seeing how a hero is made isn’t always a bad thing; just ask fans of the movies Batman Begins and Casino Royale. Or, as it turns out, fans of the games God Of War, Tomb Raider, and Gears Of War, all three of which have new installments that show what their respective heroes were like before we first met them.

Set before he became the titular deity, the Kratos in God Of War: Ascension (PlayStation 3) may be just a man this time around (albeit a super strong, extremely resilient, and rather nimble one), but he can still kick ass. Using his trusty Blades Of Chaos, which are augmented with some handy elemental powers, Kratos once again has to smack extras from Clash of the Titans while also solving situational puzzles and climbing around like he’s … well, Lara Croft. But while this a must for fans, some repetitive bits keep this from being the best in the series. 8/10

The same can be said for the third-person sci-fi shooter Gears Of War: Judgment (Xbox 360), albeit for different reasons. One of the campaigns is set before the events of the original trilogy, and features a series of skirmishes as opposed to big, important moments; the other campaign plays like a deleted scene from Gears 3. The result? This game feels more like a long side mission than a pivotal part of the epic. What redeems it, however, is that it has the same great stellar action as its predecessors, but with some interesting tweaks that make it easier to switch between weapons and use grenades, as well as some new modes that make its great multiplayer that much more addictive. 8.5/10

To really see how a prequel should be done, check out Tomb Raider (360, PS3, PC), which shows how Lara Croft became the heir apparent to Indiana Jones after getting stranded on a Lost-like island. While it’s not the most Tomb Raider-y of Tomb Raider games — it’s a little light on the acrobatics that largely defined the series — it’s still a top-notch, action-packed adventure that rivals the scope and epic cinematic feel of Uncharted 2 and Batman: Arkham City. Given an entire island of climbable cliffs, explorable caves, and situational puzzles, Lara not only has figure out how to get around, but also how to use stealth and side arms to take out evildoers who’d prefer she’d stop being so darned precocious. It adds up to one of the most exhilarating games of the year, and a triumphant return for one of gaming’s most iconic heroes. 9/10