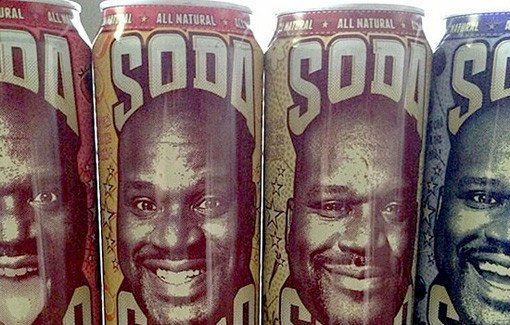 Retired NBA legend, ESPN commentator, rapper, sheriff’s deputy, Ph.D. holder, steel-clad superhero, and wish-granting genie Shaquille O’Neal is apparently bored. That can be the only explanation for his decision to embark on a new endeavor — helping people deliver massive amounts of fructose into their gullets with Shaq-approved soda.

Shaq announced via Twitter that he’d teamed up with AriZona Beverage Company to release a new line of cream soda. Even though “cream” is a flavor of soda, these are flavored cream sodas: Strawberry, Orange, Vanilla, and Blueberry. Although the can says the soda is all natural, that doesn’t mean it’s healthy; like any other sugared soda, Shaq’s soda has … well, sugar. But we love Shaq, so maybe we’ll try a can.

The diabetic’s diet: What to eat, and what to avoid

What are the top 5 seed banks in terms of high-quality products?

What’s The Secret To A Healthy Lifestyle?