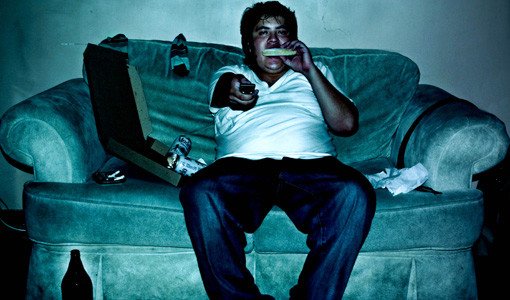 Getting a good night’s sleep can boost your memory, make you more alert, and keep you from acting like such a surly dickhead in the morning. Turns out, going to bed earlier can also keep you from gaining weight.

Says who? Says egghead scientists who just published their research in the journal of SLEEP. They studied 225 healthy (i.e., not planet-sized) people ages 22 to 50 and found that people who didn’t hit the sack until the wee hours of the morning (about 4 a.m.) ate about 550 extra calories after 11 p.m. Plus, most of those calories tended to come from fat — not all that surprising if you think about how often you’ve had a midnight snack of a kale salad. The researchers found that staying up late five nights in a row resulted in an average weight gain of 2.2 lbs. People who went to bed at 10 p.m., on the other hand? They experienced no such weight gain.