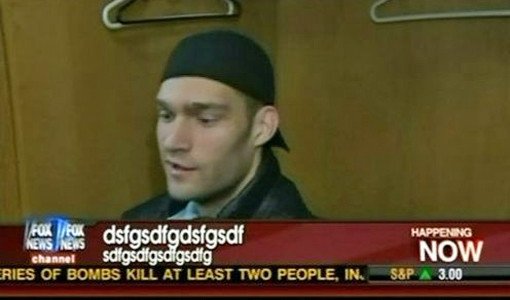 Here’s a shocker: People who scream the news don’t necessarily report it best. A recent survey by Fairleigh Dickinson University showed that people who get their news primarily from Fox News and MSNBC were less informed compared to people who listened to NPR, watched Sunday-morning public-affairs shows like Meet the Press, watched The Daily Show, or just plain didn’t do anything.

The study, a follow-up to one completed in New Jersey last November, asked respondents domestic-news questions about the Republican primaries, U.S. unemployment, and Congress. It also asked international-news questions about Egypt, Syria, and Iran. Think you’d nail it? Well, we’ve listed five questions from the survey below — scroll down for the answers. Let us know how you did in the comments … if it’s not too humiliating.

1. To the best of your knowledge, have the opposition groups protesting in Egypt been successful in removing Hosni Mubarak?

2. There have been increasing talks about economic sanctions against Iran. What are these sanctions supposed to do?

3. Which party has the most seats in the House of Representatives right now?

4. In December, House Republicans agreed to a short-term extension of a payroll tax cut, but only if President Obama agreed to do what?

5. According to official figures, what percentage of Americans are currently unemployed?

Answers: 1. He resigned more than a year ago. 2. Dissuade Iran from pursuing its nuclear program. 3. Republicans. 4. Okay the Keystone XL Pipeline. 5. About 8.1 percent.