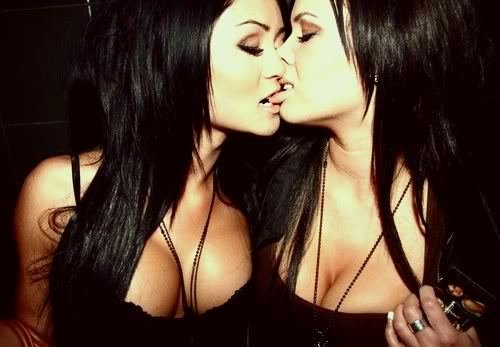 #12. OTHER WOMEN
Not everyone woman is bisexual, but more identify with that label than being straight, says a study out of the University of Essex. More than 340 women — a blend of straight, gay, and bisexual — were shown sex videos while researchers monitored their biological response (pupil dilation, pulse, blood flow, etc.). They were asked to identify as straight, mostly straight, bisexual leaning straight, bisexual, bisexual leaning lesbian, mostly lesbian, or lesbian. The results claim that women are rarely straight and more likely to identify as gay or bisexual. The research was published in the Journal of Personality and Social Psychology .