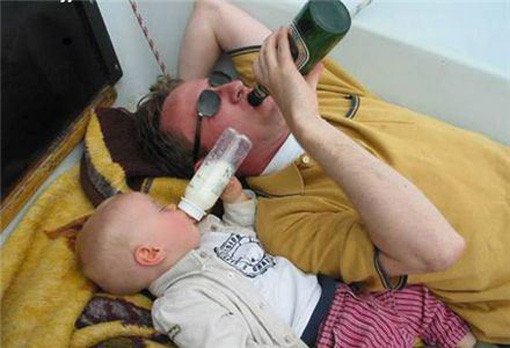 We’re not your father — probably — but we’re going to give you a nickel’s worth of fatherly advice for free: If your dad likes booze, something booze-related will never fail to deliver as a Father’s Day gift. Ever. If he drinks, you know it won’t get stuff into a closet and collect dust. Translation: You just got more left to you in the will. Okay, not really. But he’ll appreciate it more than, say, another boring fountain pen.

Also: The Best Advice Ever From TV Dads

LAPHROAIG 18-YEAR-OLD WHISKY
If Laphroaig’s 18-Year-Old ($85) single malt Scotch whisky doesn’t scream father-son bonding then you and your family are clearly a bunch of teetotalers or hippies. The booze took home the Gold Outstanding Award at the 2013 International Wine and Spirit Competition, and the goddamn Prince of Whales gave it a Royal Warrant (which we are pretty sure is the equivalent of having Gene Siskel give your movie two thumbs up).

Also: An Arcade Games That Dispenses Beer Instead of Tickets

Expect an oaky-nutty-fruity taste — it’s better than it reads, we swear — with a full-bodied flavor that’ll smack you in the face, put hair on your chest, and help you forget you’re catching whiffs of your dad’s old-man smell. Its aged 18 years (duh), and is 96 proof.