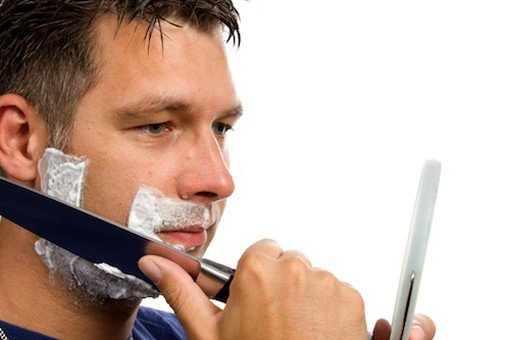 You don’t need a lavender-scented, aromatherapeutic, Oprah-endorsed Swedish luffa system in order to be well-groomed. But you do need the right tools.

After all, you wouldn’t cut down a tree with a circular saw. And you wouldn’t hammer in a nail with your forehead … okay, maybe it’d depend on how many cocktails you’d had and how much money your friends had offered you to do it. The point is, grooming is both easier and more enjoyable if you have the correct hardware at your disposal.

There’s a ton of great grooming products for men out there. These just happen to be a few of the most manly because of the way they look, the way they perform, or the way they’re made. Are you man enough to use them? Only you can answer that … but putting down that luffa would probably help. 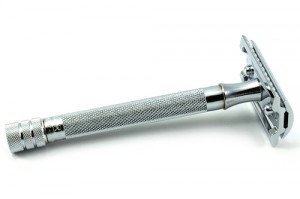 #1. Merkur 23C Razor ($36 @ Amazon.com)
Roman soldiers used to shave with shards of broken glass. Mohawks used razor-sharp obsidian to de-hair their domes. Sylvester Stallone claims he shaved his face dry to toughen up his mug. Sure, all those guys were badasses — well, except for when they were starring in Stop! Or My Mom Will Shoot — but these days, you can shave like a tough guy without slicing the hell out of your face thanks to Merkur’s Mad Men-esque 23C long handle, double-edge safety razor. The sleek beard eradicator is eco-friendly (no more plastic disposables) and comes with a lifetime warranty. 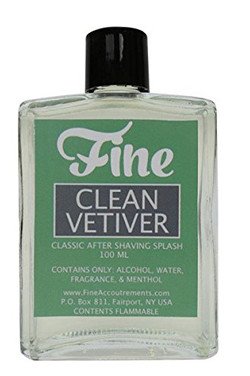 #2. Tobacco Aftershave Splash ($13 @ Amazon.com)
Splashing stingy liquid on your face doesn’t get much more manly than when you do it with this vintage aftershave from Maine. For starters, it looks as though it belongs in the saddlebag of an Old-West gunslinger — even though its list of natural ingredients is very 21st Century. A blend of lavendar, citrus, warm florals, and, yes, tobacco — don’t worry, it doesn’t smell like a spittoon — leaves your face smelling outdoorsy and rugged. In fact, it kind of brings to mind leather, hay, and the Marlboro Man after a shower but before lung cancer.